It started off simply enough.

I had an infection and went to the pharmacy to get over-the-counter medication (as I have before, no biggie).

Then the infection returned while traveling. Sigh. Oh well, still, no biggie.

Then it returned again. 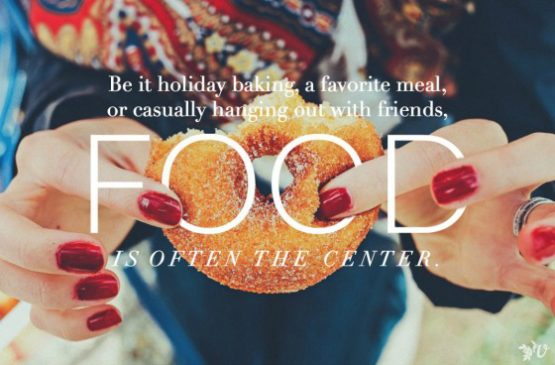 Now, I may not be the quickest to get myself to the doctor, but four infections in about a month? Um, apparently another approach was needed. Praise Jesus for people who sit in labs and have no social life and figure out how to make pills that cure what ails the rest of us with social lives and jobs and people counting on us!

Until said prescription ends and the infection returns. Why do “emergencies” always happen after hours or on a weekend?! (I put it in quotation marks because I get that my situation is not life-threatening. I often think a situation is an “emergency” when in truth it is more distracting or uncomfortable or just plain annoying. I also notice how these situations make my vernacular choice a tad dramatic).

According to the internet, cutting out a few foods would help me feel better.

I would have said that I was an overall healthy eater. Oh sure, I like a piece of chocolate after dinner. And if pizza was a food group, I would have had no problem meeting the quotient. But, hey, there is “bad pizza” and “good pizza.” You know, with only veggies and no silliness like stuffed crust.

So began the change in my relationship with food. No carbs, no problem! We will kick this infection and move on with life. After all, I like tofu and hummus and Kalamata olives.

I was referred to a specialist and put on six months worth of medication. But—oh people—my body doesn’t really seem to be responding to the medication, so he said, “You will need to starve it out of your body. Anything it eats, you don’t.”

I’m not proud of this, but I cried as I walked out. I thought, “I don’t mind giving up pizza for a while. After all, the side effects right now are so awful, I don’t want to eat it. But if I had known the last time I ate pizza was THE LAST TIME, I would have enjoyed it more. I would have savored each bite. I would have been more present. And now I can’t give pizza a proper goodbye.”

It is easier to say what I can eat than bore you with what I can’t. Plain greek yogurt, meat, and most veggies are sustaining me. It is still surreal I haven’t eaten fruit since November (other than lemons and limes). My new party tricks are actually annoying food facts.

Oh, I had lost track of the time too. It is getting late. I can totally understand why you and the kids need to go to bed at 6:30 p.m.

Food has moved from being comforting to part just-for-survival and part medicine as I try to cooperate in my healing.

I go through waves of fear. Fear?! I have never been afraid of food. But it is so much easier to eat at home and know that I am not risking setting my healing back by months.

To waves of gratitude. My mind wanders to my friend Mike who died last September. If all Mike had to do was alter his diet to stay with his family and feel better he would have done it. All I have to do is alter my diet and my life goes on pretty much as it has.

I have learned how much food is woven into culture. Be it holiday baking or a favorite meal for a birthday to casually hanging out with friends, food is often the center. It is exhausting to have a part of life that is usually a bit player take center stage.

It turns out that food, even in Western individualistic countries, is far more communal than I thought. My diet restrictions have impacted my family. It has impacted get-t0gethers and what I can and cannot eat. It makes all who come near me think through menus and restaurants and rituals. I wish I did not have to take so many on this path with me.

And yet, the kindness shown also comes wave after wave. The research people have done. The recipes people have tried. The thought and effort put into not merely keeping me alive, but also finding ways to thrive in this new land we find ourselves. The Psalmist said to “Taste and see that the Lord is good.”

His goodness has also come in comments. “Amy, what is tricky is that you are sick, but you don’t look sick so you have to get all of your work done while finding time to go to the doctor and learn a whole new relationship with food. All the while you need more rest and to slow down and listen to your body.” I teared up when a friend said this. “I see that you are sticking to this. I know you are not eating what you shouldn’t be.” Sometimes all it takes is a witness. Someone to say, “I see you. What you are doing is not un-seen.”

It started off simply enough, but isn’t the same true for many of life’s profound lessons? When I signed up to write about food, I thought the infection was dead and I’d be reporting more from the “after” side of these lessons. Instead, this is a report from the front lines. I am still in process of learning and leaning into the not-as-resolved-as-I-would-like parts of life.

I know you can relate.

What has been impacting your relationship with food recently? Any new loves? Or foods you are needing to avoid?

Have you listened to Looming Transitions?  A version of this post first appeared on Velvet Ashes. Image by Karen Huber. Happy weekend friends! Any fun plans?