Nathan pointed to a photo on the wall asking, “Do you see that girl?” Before I could even look at it he walked out of the room in such a way I knew I was to follow. We entered the room across the hall and pointed at a girl, “That’s her.”

I love how four-year-olds keep you on your toes.

The kids were playing and I asked Nathan if they had any pets. Yes. A few birds, a bucket of fish, and one animal described as being jumpy.

I now wondered if “jumpy” is a preschool way of saying rabid.

To understand my delight and horror at the animal you need to know three things:

1. When the pet carts came out during spring and summer in China, without fail I’d check to see if there were chipmunks. I’ve written about it, complete with stats and photos, thus beginning the start of my chipmunk pet fascination.

2. For years I’ve referred to chipmunks as cousins for my nieces. No idea why it’s stuck, but after chipmunk puppets and a wonderful place in the mountains to “feed the cousins” and the fun of feeding them, chipmunks are family now. (Freudian slip? I just wrote “cousins are family now.” HA.)

3. Hilarious internet searches lead people to my blog. Just yesterday this gem led someone to The Messy Middle: When Chipmunks say yes. What?! I cannot think of when they’d say no, can you? There are a fair amount of people out there wondering “if chipmunks are nice.” Yes, yes they are. 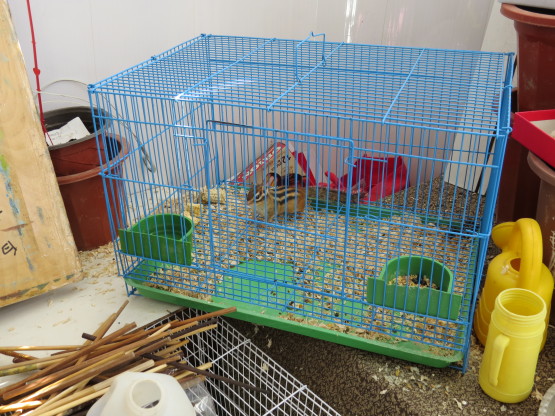 It did not cross my mind Nathan’s preschool would actually have a chipmunk. That’s a little too close to a hollywood ending, wouldn’t you say? A bit obvious? A bit predictable? And it shows how much my default is still American in moments I haven’t experienced before. I’ve not been given a tour in China of a preschool by a child and asked about pets. Next time I’ll be prepared for birds and chipmunks, not gold fish and guinea pigs. 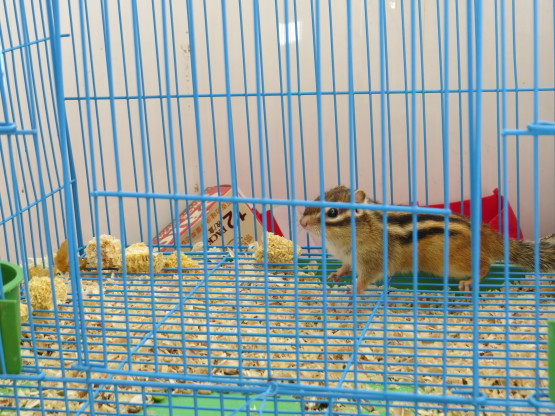 I took so many photos the kids probably wondered if the pet paparazzi had shown up. Well, combine delight and a jumpy, non-cooperative super star and you too may have needed, oh, say, 20 photos. One moment not caught? As in most preschools, they rotate whose day it is to feed the animals. As my sister says, “If even Amy’s nervous, you know it’s a bad idea.” I didn’t want to capture a child being attacked. I can now add to my chipmunk knowledge they can jump and hang on the top of the cage, all four walls, and are fast. Faster than a preschooler. Thankfully the chipmunk was fed and we moved on to changing the bird’s water.

And to make this even more hollywood, guess what animals had been carved into the bushes? Bushes we passed on the way to the hospital? 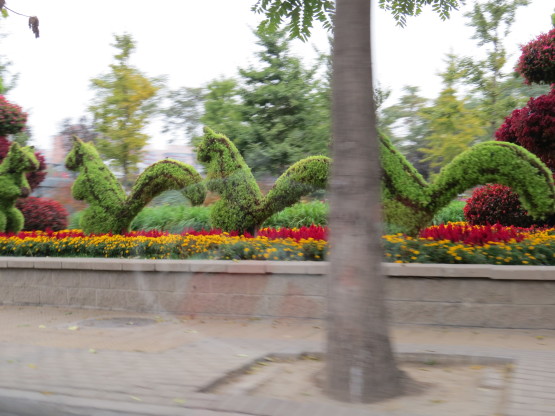 I know right? Cue the credentials.

In a trip I’ve described as profound, reflective, and meaningful, I love how unexpected moments keep me from taking myself too seriously.

What unusual pets have you heard of?

This is last day of A Trip In Review Week: what it’s like to revisit your old life. You can read the full series here.