I met Isabel and Gabe when they were almost four and 15 months. Before younger brothers Nate or a Tommy. Before I knew Mike and Anne were going to become family to me. Before I knew God had us on parallel life plans.

On my recent trip to Beijing my teammates Nathan and Katie are now four and two. 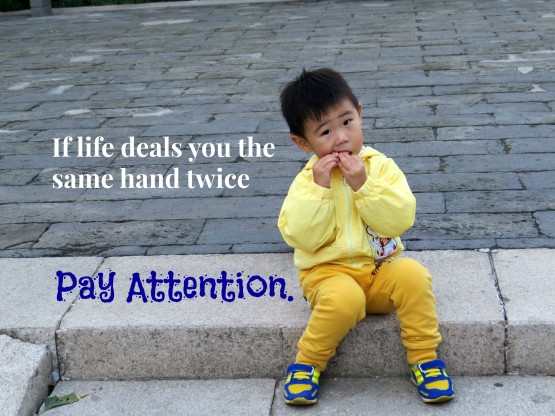 Isabel is in her second year of college. And no, it’s not because she’s Doogie Howser and a prodigy. Smart, yes. Talented, yes. Old enough to be in college … yes. This is the commencement address I gave specifically about Isabel. A year later someone said, “I sure liked your roasting of Isabel.” It’s nota roast. It’ a tribute!

Gabe, a giant of a man-to-be in an 11th grader body, was all movement as a child. To give Anne a break whenever I got a package slip from the post office I’d take Gabe with me to pick it up. Never failed, he was excited to go and convinced the package would be for him. Oh dear. Never failed, we had the same conversation again and again. “Gabe if the package says G*a*b*e it’s for you. If it says A*M*Y it’s for me.” We went over and over it in the taxi on the way to the post office. Children’s capacity for repetition can numb the senses  A*m*y was one of the first words he learned to spell (Thank God my name was short and simple.). Never failed, the package was for me and Gabe’s shock and genuine delight for me brought a smile. “Maybe the next one will be for me.” Maybe buddy.

The day came when we had to stop wrestling for real because he could have taken me down. (My fear: breaking my glasses. Showing not only have the children aged. Ahem.)

Four and two when I met them.

When Nathan’s mom told him I was visiting Beijing he said, “About time. Aunt Amy’s been in America a L-O-N-G time!” This part of being near and dear to kids who aren’t technically your family is one of the hardest parts of living overseas as a single. With blood relatives you have the hope of holidays and family events. With non-blood relatives you have grand plans, but you don’t know until time actually passes who will make the cut (either with you or you with them) and who won’t.

I left when Nathan was too young to really hold me in his heart. I cried knowing I would go from being someone significant in his life to someone who wasn’t. This is the nature and the risk of loving. But now, he’s old enough the memories we made on this trip may begin to stand the test of time. If you’ve been reading for a while, you might remember Nathan’s hearing being excellent, some might say awesome. “Some” might get corrected. He can hear people using the word Awesome almost anywhere on the planet and if it’s not in reference to God being awesome, he’ll call you out.

Still does. Wish I could say it was others who gave him the opportunity.

They are four and two.

The former math teacher in me loves patterns and life sometimes knocks you upside the head with one. Four and two, no more. Four and two, for now. It’s a risky thing to love, isn’t it? To offer yourself to people who have no, on the surface, obligation to you. But it’s a joy to be invited into the life of a child and their family and watch them grow up. See who they were, are, and will be.

Mike (Isabel and Gabe’s dad, Anne’s husband, and my friend) arrived in China on a work trip the day after I did. Both of our trips were unplanned a few months ago and unrelated, yet our feet hit Chinese soil within hours of each other. We were teammates for 13 years. We left China within weeks of each other. Inconceivable :).

Faith, hope, and love. I’d add friendship, doing life, and making time for each other. But the greatest of these is love.

This is day 2 of A Trip In Review Week: what it’s like to revisit your old life. You can see the full series here.