Thank you to all who participated in the Summer 2017 Reading Challenge! This year, we were international baby. People participated from Africa, Asia, Central America, all around the U.S. Maybe more. We clocked over 150 books. Good jus us! Winners have been notified; if you didn’t win, Summer 2018 with new categories will be here before you know it. I had so much fun!

Last week a friend emailed me this question:

So writer question for you. I am thinking and praying about writing eventually, like as a career or side job, but aside from the fact that I have no idea if I have the talent of course, I am super sensitive to criticism. Not out of ego, more like I just take everything personally, I’m way too insecure! I’m working on it. How do or did you handle rejection as a writer? Or do you have any words of wisdom on that, if you haven’t faced rejection?

If only! Criticism is a part of life. But not all criticism is the same. Part of living well in the messy middle is to create enough space for your brain to kick in and evaluate which type it is so you can respond accordingly. 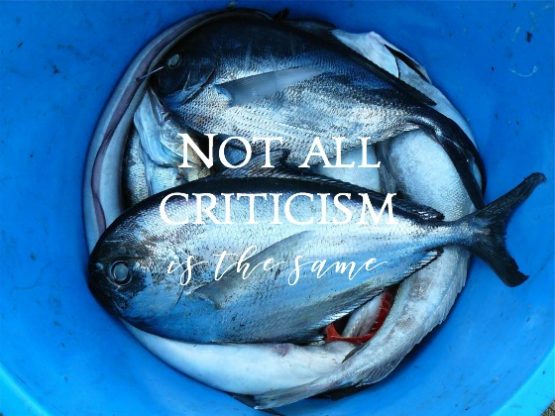 1. The criticism that is more like indifference. You aren’t important enough to even engage. Some people never respond to something I have written . . . I’ll submit a post or a book proposal and then — crickets. It stings a little, but not too bad.

2. The criticism that is points out a truth I know, but in a humorous way. Not that the critic means to be funny, but I take it that way. Some people will comment on something I’ve written, something like, “Amy, you are a little too . . . “ whatever for that post. Usually, there is something funny about it. Because, yes, yes I am a bit over the top at times, or whatever. These I can shrug off. Larry, will always stand out as my first critic I didn’t know. In response to The Mother’s Day Post he emphatically ended with “My dear, Life is not about YOU.” Um, newsflash Larry, I know that :).

Oh, and on Looming Transitions? The person who said it should be called Transitions for Dummies, not sure why, but this cracks me up.

3. But then, sometimes pa critic hits below the belt. I have been called very selfish, ungrateful, mean, not Godly, and other things that in the context of the comment really hurt. And they bounced around inside of me. On one blog, where I was a guest post, the host did not stand by me while her people treated me like crap. After replying to about 200 comments and taking hit after hit, God said, “Okay, that is enough, you don’t have to engage any more.” I’m working on these voices having less space in my head :). Working on it!!

4. The final category those who give feedback out of support for me or a project. My editor BLEEDS on my work. Oh my word. Everytime I am shocked how many errors or suggestions there are :). With her, I remind myself that every cut or comment is motivated out of love for me and the desire for my writing to be the best it can be. She says nothing out of malice or to hurt me. She is for me and the project and is helping to make it better. When I listen to her, I end up sounding more like me. This is the paradox of criticism.

So, I wrote back to my friend, this is a long answer that not all criticism is the same :). I try to step back and see which bucket it is in and to not give all criticism equal weight.

How do you handle criticism?