As the look of this blog has changed, I’m pleased for the current look; but I do miss this header:

After a couple of months of blogging I was ready to personalize the header and landed on the image you see at the top of this site. Though at that time I lacked the skills to put words on a picture, so The Messy Middle was placed above the photo and where grace and truth reside was below  (the amazing Fran created this version in the blog redesign). This picture captures for me what the messy middle is all about, being willing to climb out of the extremes and live with the tension of holding two, or more pieces of life at the same time.

Some have wondered where I got the photo and if it’s for real. Here’s the thing, if you are living life, you don’t have to go far to find messy (and at times) mind boggling examples. The photo is real, I know because I took it, and it comes with a good story. I live in a four (really five) story building that is shaped in a U with my apartment in one of leg of the U facing the other leg. My friends, the Packevicz’s, live in the opposite leg on the fourth floor and had the unfortunate reality of their AC dying.

The challenge in replacing it was twofold: the weight (130 pounds) and the location (two feet to the left and two feet higher than the window sill). As you can tell, it’s an outside unit and as mentioned, they live on the fourth floor. When you’re in a tough spot in China, there’s lots of teeth sucking. Let’s just say that there was practically a teeth sucking choir that day. 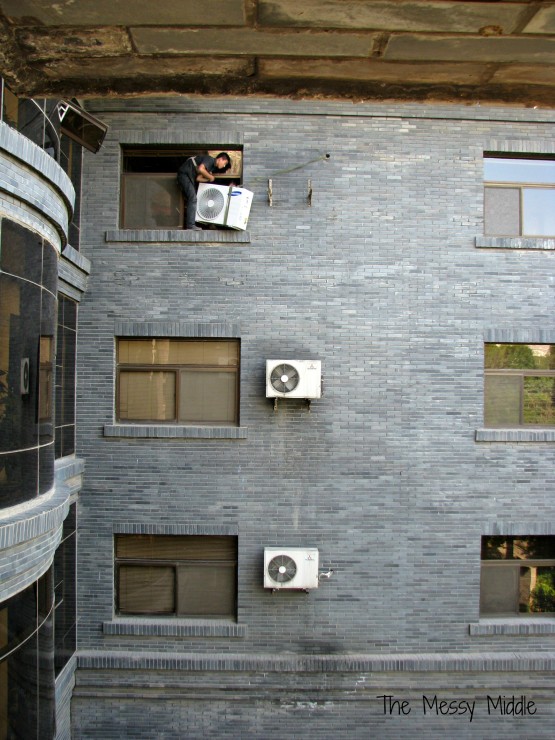 I know! It’s crazy seeing that guy climb out of the fourth story window with only some rope coming out of the hole where the unit eventually needs to be.

My friend Anne Packevicz took these pictures to show even more of the process. 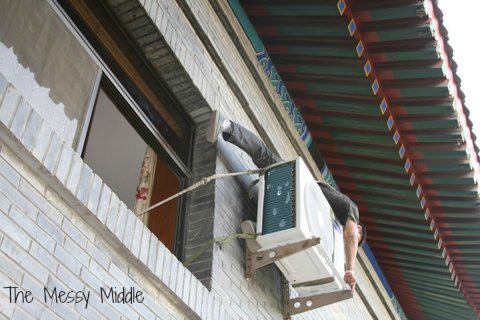 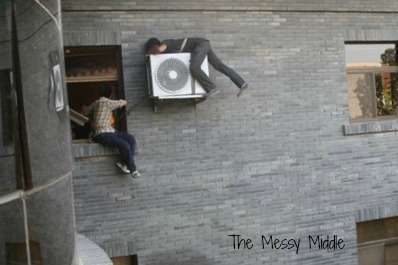 These guys are fearless AND very skilled! 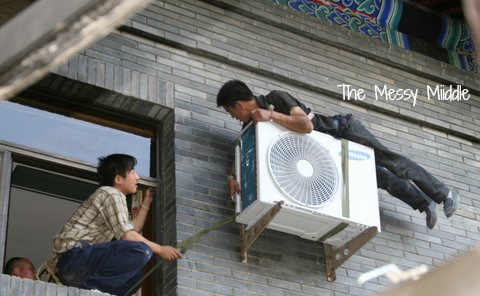 And now to see what was going on inside. Mike Pack is on the left. 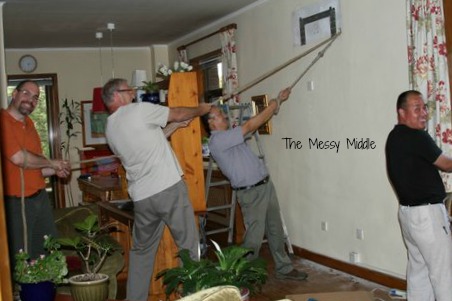 So, there you have it, the story behind the photo. Pretty crazy, isn’t it? Thanks Anne for sharing the photos and Mike for reminding me how heavy that thing is!