Today marks the fourth anniversary of my dad’s death.

After spending several days in the liminal space between life and death, he died at 2:02 p.m. surrounded by the tribe who called him husband, father, and father-in-law. We kissed his hollowed-out-by-disease-and-death-cheeks an hour or so later for the last time and went to Elizabeth’s home before his granddaughters returned from school.

You know how a few scenes get seared in your memory? I remember sitting there, all of us adults waiting for them. First Granddaughter returned from junior high and her eyes lit up at the sight of all of us, followed by the quick realization “Wait, if they are all here, that means . . . ” and going immediately to her mother, burying her face because death is so shocking even when expected, it must be borne alone for a moment.

The scene was repeated within the hour when the other three returned from their school. And together we sat as a family, letting the reality of the new normal sink in. We would still gather as a tribe, but never again with him in person. 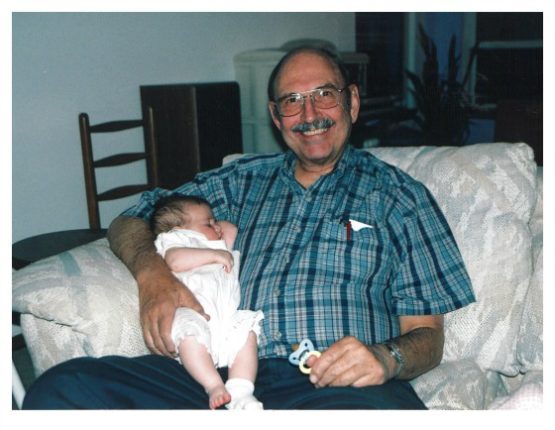 We are now four years out. Four years is enough to be confusing. Within the same sentence we speak as if he had been dead for years and years and also as if it has only been a short while.

Last weekend I found more piles of papers and notebooks in the basement. One thick three-ringed binder stood out to me. My dad was the co-chairman of the pastor search committee in the early 90s; the notebook held the minutes from every meeting and several applications. Every application, still in the enveloped it was mailed in, had a check list stapled to it and had been completed by a committee member—complete with a brief handwritten summary of what stood out to them about a candidate.

None of this is that spectacular. Churches form search committees the world over.

What struck me was how so much of what my father believed in and embodied was preserved in that notebook. The committee met almost weekly for twenty months. Twenty! For a frame of reference, I pulled out my phone and counted back twenty months to June of 2016.

About a year into the process, they had a final candidate and called him, which is church-speak for “offered him the job.” At the last minute, the candidate withdrew.

Oh the agony!! All that work “wasted.” What could the committee do, but regroup and keep opening envelopes and completing check lists they would staple to the front. Eventually another candidate was called and the final minutes were written and placed in a notebook. To be left in the basement. To be found by a daughter nearly twenty five years later. To serve as evidence.

Let’s start with the obvious, again, the legacy of paper. I keep thinking there cannot possibly be any more news clippings, cards, bank statements, or notebooks left to sort through. And I keep being wrong. What I see now, four years out, is that I  seriously underestimated my father’s ability to find beauty and meaning in the minute of life. The ordinary is worth recording and remembering.

He was a person also who embodied loyalty and dedication for the long haul, even in the face of disappointment. Week after week his name was on the minutes under “attended.” But his was not the only name. Ellie, Mike, Butch, and others appear again and again. Dad valued being a part of a group, he was no lone wolf. Being a part of a committee is beautiful and messy, and in the end, worth it.

Four years is enough time for the raw shock of grief to have sifted away, replaced by the dull ache of loss. I have been thinking of the paradox of life and death.

Some people are alive, but mostly dead on the inside. Others are dead, but yet still alive.

Tom Young, my father, is the second. He lived in such a way, that though dead, he is also still alive. He challenges me to live in the same way. While I will leave far less paperwork than he, I still know my life will be sorted through some day. Files I meant to get to, or pictures that meant the world to me, or part of my life I couldn’t bear to part with in life, will be looked at and evaluated by friends and family.

My hope and prayer is that I will be found in a similar state to my dad: invested in people, valuing relationships, being part of commitments that far out live me, having one hell of a ride (he had more broken bones than anyone I’ve known), and a laugh that filled a room.

Dad, it has been four years since we kissed your cheeks goodbye. I don’t think this will surprise you, but I look at old men now for a glimpse of you in them. I recently went up to an old man at the end of a church service and told him I had a strange request, that it was nearing the anniversary of my dad’s death and he reminded me of you. Could I hug him? He stepped away from his walker and embraced me. I miss you. I love you. I wanted to talk about the Broncos all fall with you! I hope you knew how much you are still with us, what a difference your life made. How we are all the richer because of you. And that when the day comes that I find and sort through your final piece of paper, I will wish you had kept even more . .. though not really :). You still make me laugh. Your generosity with time and money challenge me (and I know Elizabeth and Laura too!). The way you loved Mom and us, your family, is the gift that keeps on giving and giving. Thank you. With love, Amy 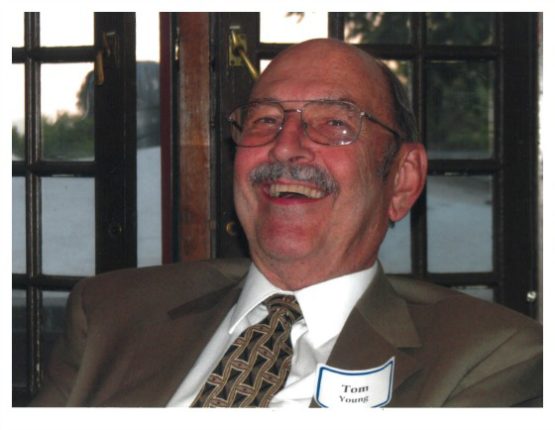 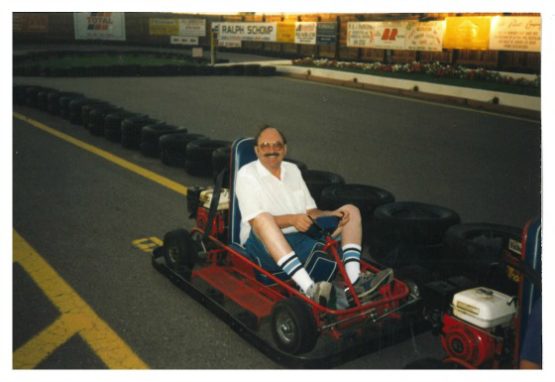 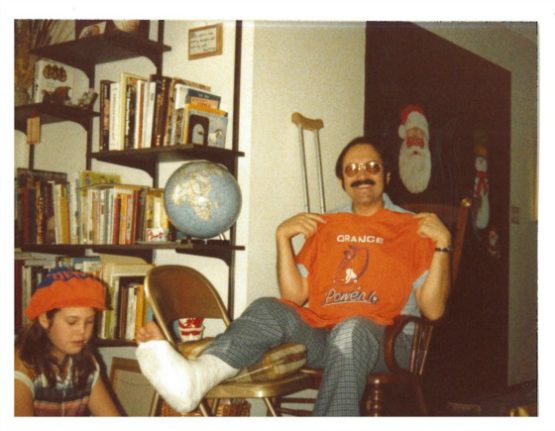