You know I lead the Book Club at Velvet Ashes. In February we read The Piano Tuner 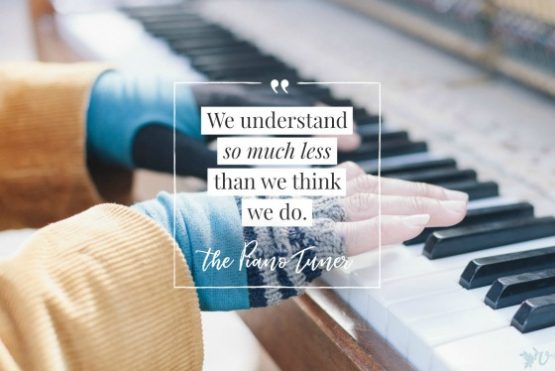 Placed in the 1880s, Edgar, a piano tuner in London and was commissioned by the military to go to Burma and tune a piano of an important British military leader. His wife Katherine wasn’t able to go with him, but was excited and supportive of the trip.

On the long trip, he faithfully wrote her and shared his journey. He continued writing as he traveled inland to Mandalay. It was only when he went out to the remote area in Mae Lwin to tune the piano that he stopped writing.

I don’t want to give too much away about the plot, but after the first few chapters, Katherine isn’t in the book except when Edgar writes to her or speaks of her.

I know that Katherine isn’t real, but she feels real to me. I keep thinking about her.

At the end of the book  I realized Katherine was going to be left in the dark about much of Edgar’s trip.

She must have been reeling, to have a black hole of information and no one to ask. I cannot imagine the pain.

In a twist of odd timing, last Friday night I had dinner with my teammate Hannah from the summer of 2006. We spent several weeks together in Tibet and she now lives in Denver. After dinner, as her three young children wrestled around us, somehow after all these years we touched on our teammate Carol.

The picture below was taken at the Jokhang Temple. Hannah is on the far left, I’m next to her, and Carol is far right. 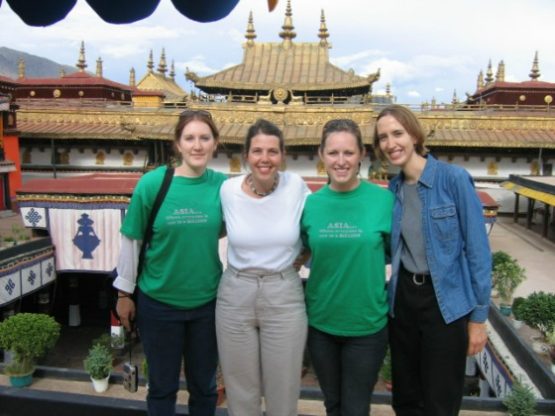 Carol was around my age at the time, mid-30s, single, a teacher, and proud auntie. Unlike me, she had a serious boyfriend who just could not pull the trigger and propose, though they had dated for years. We clicked. I knew we would be friends post trip. That summer she had horrible back pain and I spent a lot of time helping her try and find relief.

When the trip was over, she flew back to America and I flew to Beijing to help my organization with the orientation for those new to the field. I received an email from Carol that the doctors couldn’t figure out what was going on but thought it was a parasite. That was the last communication we had.

The next email was from our organization saying she had liver cancer and had one week to be at home before she would be taken to a hospice facility.

The next email was that she had died. Because of privacy policies (these were new at the time and people were still figuring boundaries) we could send a condolence card to the headquarters, but we could have no contact with her mother.

I was so thrown by her death and the suddenness of it. We were just in Tibet. She was alive and we were serving together and having adventures. And now I couldn’t even tell her mom how sorry and shocked I was? How knowing her daughter, albeit briefly, meant something to me.

I knew her hometown in Nebraska so I searched online and found three people who could be her mom and I called them. I found Carol’s mom. Long story short, her mother was grateful to hear about Carol’s summer because there hadn’t been time to talk, to share stories, to go over pictures. Her mom asked if she could mail me all of Carol’s pictures and if I would label who was in them, where we were, and what we were doing.

Of course I said yes. It helped me. It helped Carol’s mom. But who can help Katherine make sense of her confusing ending?

Katherine, you may be fictional, but you are real to me and I’m sorry.