Since I lived in China, many assume it was China that turned me into a tea drinker. It wasn’t. 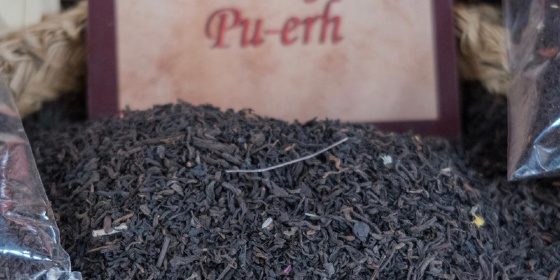 I became a tea drinker in 1991. My friend Kim moved to Scotland after college and part of her job was to visit the elderly from the church in their homes. One of them asked me, “Do you take your tea with milk or sugar?” They assumed I drank tea and it seemed easier to say, “Milk,” than to claim not to be a tea drinker. And the rest is history. To this day, I love tea and drink it with milk.

a See will be familiar to many because of her modern classic Snow Flower and the Secret Fan. In October my American book group read her recent book The Tea Girl of Hummingbird Lane. While everyone enjoyed it, it was clear I enjoyed it more than the others, making me think other China hands might enjoy it too.

In their remote mountain village, Li-yan and her family align their lives around the seasons and the farming of tea. For the Akha people, ensconced in ritual and routine, life goes on as it has for generations—until a stranger appears at the village gate in a jeep, the first automobile any of the villagers has ever seen. The stranger’s arrival marks the first entrance of the modern world in the lives of the Akha people. Slowly, Li-yan, one of the few educated girls on her mountain, begins to reject the customs that shaped her early life. When she has a baby out of wedlock—conceived with a man her parents consider a poor choice—she rejects the tradition that would compel her to give the child over to be killed, and instead leaves her, wrapped in a blanket with a tea cake tucked in its folds, near an orphanage in a nearby city.

I do not tend to read much fiction, so if you are like me hopefully the description intrigues you. But if you’re still not sure, here are the three “T” reasons I recommend The Tea Girl of Hummingbird Lane:

Written in five parts, The Tea Girl covers these time frames—1988-1990, 1994-1996, 1996-2006, 2007-2008, and 2012-2016. Starting in a remote village among the Akha people, the reader meets a people group that could be described as primitive, not just traditional when compared to other parts of China. In the early section, the reader encounters beliefs related to appeasing the spirit world that may disturb most readers.  It reminds those of us interested in China that 1988 was not that long ago. As the story moves through time, the reader is introduced to characters in Hong Kong, California, and other parts of China. You see again how rapidly China changed and developed. The recent changes in China might feel extreme (because they are extreme), but the pace at which they have come is not all that different than the pace of change the last thirty years; it is the direction the change seems to be going that has caught our attention.

As I reviewed and made notes of the topics covered, I was startled by how many See stuffed into one book. Then I realized, “Hey, the same could be said of my China experience.” And probably of yours. The Tea Girl considers the complex topic of foreign adoption from both the China (birth mother) and, in this case, American (adoptive family) side. Hayley, the adopted daughter, and child of one of the main characters, loves her adoptive family but has many questions about her birth culture and story. Her response to her adoption is not the “I’m so grateful to be adopted!” story and this unfolds as we watch her adoptive parents navigate parenting her. See weaves in multiple adoptee experiences, broadening the often one-dimensional portrayal of adoption.

In addition, The Tea Girl includes marriage and widowhood at a young age, finding work in Guangzhou, the growing gap between the poverty many minorities experience and the explosion of the billionaires among the Han and Hong Kong businessmen, the tensions between traditional and modern culture, marriage markets run by parents of aging singles, and the debate between western versus Chinese medicine. I bet the potpourri of topics mirrors your China experience too.

Though I have consumed thousands of cups of tea in China, I did not know much about the tea culture beyond rinsing the leaves in boiling water.  The Pu’er tea industry seemed to explode out of nowhere when I lived in China. Though too extensive to go into depth in this review, I enjoyed the tea aspect of the book because See included enough details to help the reader know more than rinsing the leaves in boiling water without bogging them down in technical minutiae. Tea became a character in its own right in this novel and any China hand worth her weight in tea leaves will be glad to understand the tea culture better.

The primary negative comment from my book group is that the ending was too tidy. After going on an epic journey with the characters, the ending wrapped up all loose ends, leaving nothing to wonder for the reader. I so enjoyed the Chinese culture part of the book, I forgave and overlooked the wham bam feeling of the ending. But I wanted to warn you and hope you will pick up a copy of The Tea Girl of Hummingbird Lane by Lisa See. Overlook the ending, pour yourself a cup of Pu’er tea, and enjoy reading The Tea Girl.

A version of this first appeared on the China Source blog