The last night of Spring Festival ends with a bang.

Or more accurately, about five hours of bangs! It makes any Fourth of July firework festivities look like a kindergartner’s drawing held up next to the Mona Lisa and being asked which do you like.

Leading up to the non-stop firework  extravaganza, I spent the better part of the day with a Chinese colleague and her extended family. She is a free spirit and we just click!

The day was topped off with a walk in the neighborhood. These pictures don’t do it justice, but the will still give you a glimpse of but one small neighborhood in one big city in a large country. 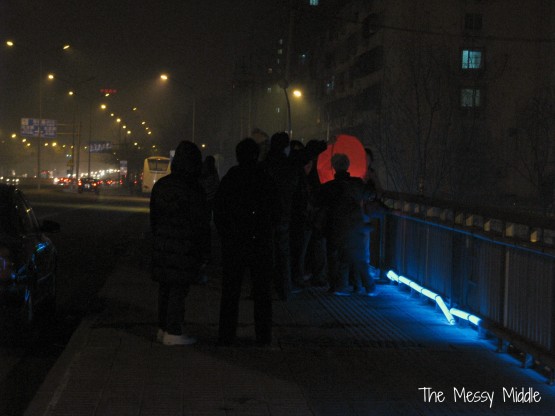 On bridge near my house, a small crowd gathered for the lighting of this lantern. 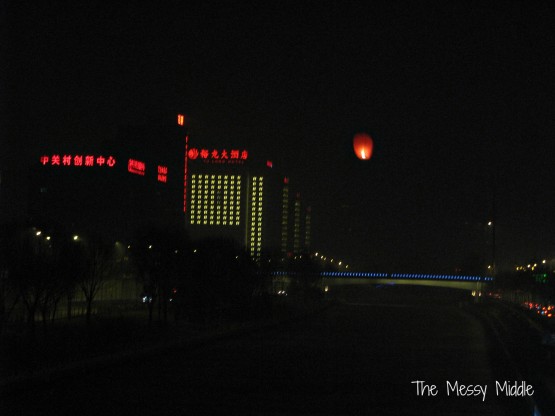 At first when it was released it sank down to the frozen canal. But slowly she righted herself, and the flame filled the lantern with heat, and off she went.

{This video is a tad out of focus at first, but keep watching and see how many cars come stop to watch. It’s not long and will give you a sense of the type of noise.} 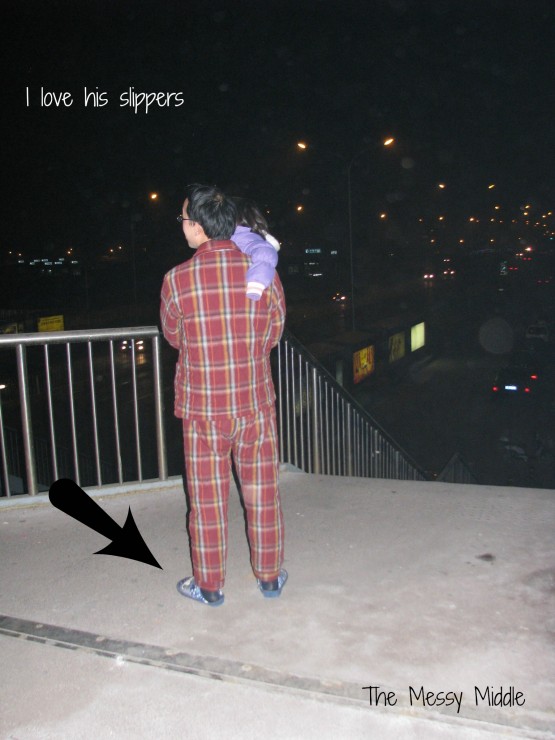 I love this dad! We watched him carry his daughter out — since he was the only adult I saw in his pj’s, I wonder if he was ready to be home for the night and his daughter wondered what was going on and being a good day, he picked her up and took her outside. I watched him mount these stairs with her in his arms. 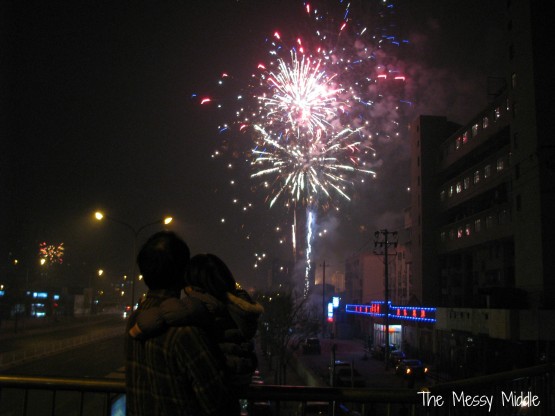 This is my favorite picture from the night. A dad, a daughter and fireworks. 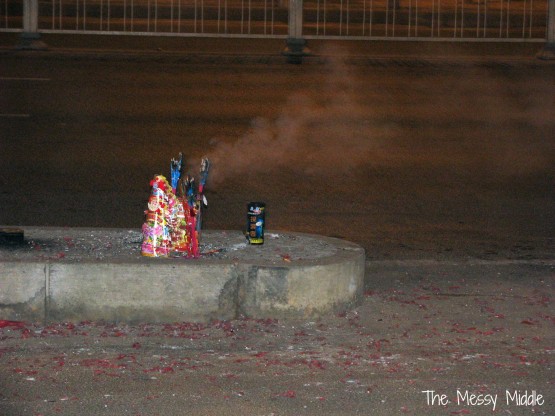 Can you imagine how much trash was generated on this night?

It’s not midnight yet, but I’m going to call it a night and fall asleep to the festivities. Happy Year of the Snake everyone!

Q4U: If you’re in China, how was your night? One of the funniest parts of the day was my Chinese friends monitoring the air quality. Let’s just say, it’s gotten worse in the last few hours :). For everyone: what did the photo of the dad and daughter make you think of? What do you remember of fireworks when you were a kid?