I have been me for . . . all my life. So, why am I still surprised surprise myself?

I am a consistent under-estimater of how much time a new endeavor involves. I had heard of “blog tours,” but in reality knew little of them. Last November I reached out to Celebrate Lit to see if Love, Amy would be a good fit for a blog tour. Turns out LA was! And thus began my education on blog tours. 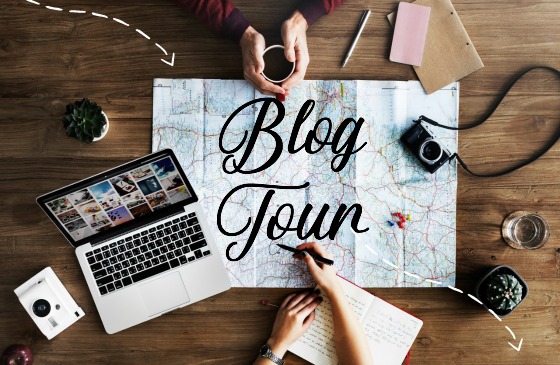 In essence, by hiring Celebrate Lit to host a tour, they would set up a certain number of bloggers who would review Love, Amy and agree to write a blog post on a given day, thus helping new readers learn about books. Part of my responsibility was to provide a fun prize for the tour. Coming up with a good prize was the tricky part for me. But since the book is a series of letters, I decided on a letter writing gift basket complete with gift cards, an Amazon gift card, and a page of Love, Amy stamps. (The cover is on a stamp!).

If you know of authors who are looking for a way to promote their book, I highly recommend Celebrate Lit. Sandra has been a dream to work with and the level of professionally has exceeded all expectations. Yesterday was the first day of the tour, it runs from April 19th to May 2nd and you can also enter to win the gift basket!

Here are the stops along the tour:

Reading Is My SuperPower, April 19

proud to be an autism mom, April 29

Doesn’t that kind of blow your mind? I have only read the post at Reading Is My SuperPower. written by Carrie. She normally reads fiction but is an TESOL teacher so decided to read Love, Amy. Fun to heard why someone was drawn to a book.

Below is the post I wrote for the launch.

The tug for a life that is “Anything but Boring”

When I was in college the Hallmark Hall of Fame movie Sarah Plain and Tall changed my life. You’ve probably seen it and been moved too. Sarah, a spinster by the standard of her day, moves from Boston to the fields of Kansas to consider marrying a widower and help him raise his children and work his farm. Her brother could not understand why Sarah would move from so-called civilization to the middle of nowhere. But the longing she felt for her life to matter resonated deeply with me.

I was in the liminal space between adolescence and adulthood. Like Sarah, I knew I could stay where I was and live a good life, but I wanted more. And so I moved to China.

Our world is one that loves big, change-the-world stories. I love them too. I remember reading The End of the Spear, the story of Jim Elliott and his friends who were martyred for their faith. I also lost myself in the stories of Gladys Aylward, William Carey, Lottie Moon, and Amy Carmichael. I remember reading about a missionary that had some worm pulled out of his stomach that was the size of a large snake. Disgusting! Fascinating! All for the gospel!

The life of faith was exciting and God was on the move all the time! While it is true, the life of faith is exciting and God is on the move, it is also ordinary, boring, disappointing, and confusing. When I started compiling the letters I wrote from my days in China, I was embarrassed by what “first year Amy” said. She was so clueless, so uninformed, so willing to display her lack of cultural knowledge. I wanted to put my hand over her mouth and ask her to please pipe down because she did not really believe what she was saying. But she did, “first year Amy” could not know what “fifteen year in China Amy” knew.

These change the world stories I love? Turns out they have been more sanitized than I realized without showing the cultural and ministry progression that must have taken place.

Even now, knowing what I know, part of me wishes my newsletters contained miracles and throngs coming to Christ because of my work. I thought throngs and miracles were what a “real” cross-cultural worker would do. I thought that would show that my life mattered, like Sarah’s when she moved to Kansas. Don’t we all want our lives to matter? I believed that mattering was measurable. By compiling and writing this book the lesson Love, Amy has taught me is that too often we confuse size with significance. I still hear the whisper that says, “Amy, really? You wrote about the cultural beliefs that influence standing in line and you think that is worth people giving of their prayer, money, and time?” Part of me is reluctant even now to publish these letters because they are common. In truth, I am happy with my life and the contributions I have made. Of course I have regrets and wish I’d handled certain situations differently. But if all we hear are the spectacular stories, we can miss the gift our beautifully ordinary lives can be.

Who made it into the Gospels? A widow and her two mites. A boy and his few fish. She is described as offering out of her poverty. His common lunch was used to feed more than he could have imagined. Jesus did not tend to elevate those in power or those who seemed impressive.

My first year, a fellow teacher in China told me, “You’re lucky you’re still in your first year. Wait until your second year and you have told all your stories. You’ll have nothing to say in your newsletters.” Isn’t that the heart of what we fear—that we will have nothing to say with our lives? The secret to combating this fear is not that secretive. Show up and be present. Taken individually, these letters don’t add up to much, but put them together and much to my surprise, month after month I wrote an accidental memoir.

As ordinary as it is, I do have to say, life in China was anything but boring! If you love memoirs and want to hear stories that will make you laugh or cringe (and sometimes both), join me on a college campus in China.

Had you heard of blog tours? Are you like me and underestimate how much time is involved in something new (like a blog tour? Though, totally worth it! Just classic Amy)?