I met Katherine eight years ago when I would visit her and her teammates in Siping, China. Part of my job was to spend time with people and hear how they were doing. I always enjoyed talking with Katherine (okay, full disclosure, she’s an amazing cook, so not only did we have good chats, we had great food). Several years ago she returned to the U.S. to marry an amazing man. A group of met at the Seattle airport to road trip to the wedding and it was rumored I’m a speed demon. It’s not true. 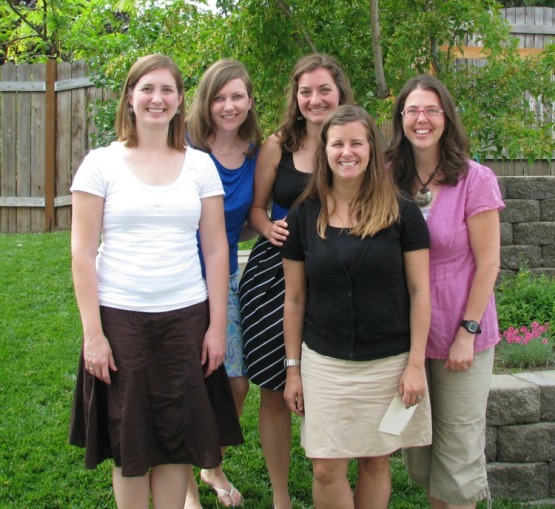 What is true, is that Katherine and Jeff have built a strong marriage and have started their family. They are in the midst of one of life’s challenges no one dreams of when they get married and I asked them if they’d share it with us. Though this is longer than my posts normally are, this is not one you will not want to miss. 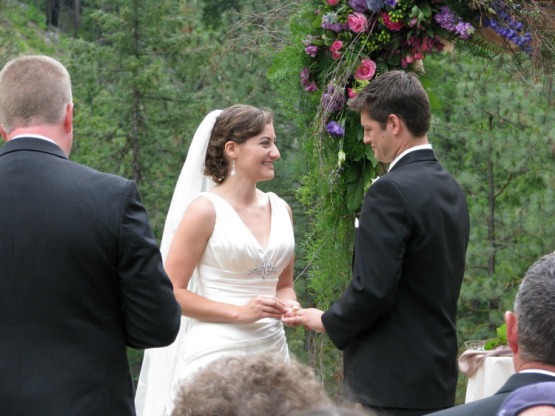 In brief, can you share a bit about your pregnancy and what you and Jeff have found out about it? (Understanding that’s a bit like asking for just a sip of the ocean!)

After losing a baby early on in the pregnancy at the beginning of November, we were surprised and thrilled to find out we were pregnant again in December. Coming so quickly on the heels of another loss, the first trimester was a bit stressful, but we were thrilled to reach the end of that with no complications and a strong heartbeat.

We went in for our big anatomy scan at 18.5 weeks pregnant, in mid-March. That scan revealed that all of our daughter’s long bones were two weeks behind in development and initiated the search for answers about what might be causing the deviation. We tested the baby’s DNA (with a blood draw from me – modern medicine is remarkable) for some of the most common forms of trisomy, which at the time was assumed to be the most likely diagnosis. When those tests came back negative, we were sent off to Seattle (we live in a smaller city) to the University of Washington Medical Center for a more detailed ultrasound.

We were prepared, and at peace, about all sorts of possible news that day, but the news we did get was entirely unexpected and unprepared for – we were told our baby was terminal and although there is a good chance she’ll survive full term, she would not survive long (minutes to a few hours) after birth. We were strongly encouraged to terminate the pregnancy, and our doctor confessed that all other parents with our diagnosis that she had worked with had indeed made that choice.

With my daughter persistently kicking inside me, we informed them that we would under no circumstance be terminating. We just went back for another ultrasound this past week, and were greeted with the news of unexpected growth that gives our girl “a sliver of hope,” but also heaped on a lot more questions about what the next couple months will look like for our family.

What has surprised in the month or so after the diagnosis?

I think the biggest surprise for both of us is that the grief hasn’t swallowed us up. Don’t get me wrong, there have been tears and long nights and a great deal of various forms of grieving. But there has also been a lot of life and laughter and just the daily fabric that makes up all of our lives. The laughter is greatly enabled by our precocious almost two year old.

As Jeff put it, when we first heard that diagnosis, it seemed like we were heading into a long dark tunnel ending in a very dark day in August. But we have been surprised to find the tunnel has a lot of holes in it letting in quite a bit of light. We attribute this mostly to the incredible amount of prayer and support we have received in the past month since receiving the diagnosis. We have been so humbled by the number of people faithfully bringing our family before the throne, and have no doubt that we would not be doing as well without that constant support.

How do you sense knowing Arabella is influencing your understanding of what it means to have a valuable life? And the value of life in general?

We have been confronted with the practical implications of the fact that God is the creator and sustainer of life. Every single one of us is only living and breathing this day out of His grace. We strongly believe that it is not our place to determine the end of our daughter’s life, just as we did not ultimately determine the beginning. Arabella has value because she is made in God’s image and is loved by Him – not because of anything she has or might be able to do. Her chief end, just like my chief end and my husband’s chief end is to glorify God, which is not contingent upon a certain length of days or accomplishments.
How have you and Jeff tried to  inform and protect Eliana as she is so young?

We don’t want Arabella to be something that is a hush hush subject in our house – now or in the future. That being said, a 22 month old has a very limited understanding of what is going on. I don’t think she even fully grasps the concept of “sick,” so it is hard for us to be able to explain Bella’s condition. We do talk a lot about Bella though, and she knows Bella is in mommy’s tummy. When she’s in a good mood, Eliana loves to give the baby kisses. We do hope to introduce Ellie to Arabella, even if Bella’s time on earth is short, and feel it will be important for her to actually see the baby we’ve been talking about. We pray with Eliana each night before bed, and we pray for baby Bella as well. Talking about Arabella with Eliana will be something that continues over the years, as her understanding grows.

What confuses you about God as you walk this path? What comforts you about him?

I honestly don’t know that I would use the word “confused” to describe our processing at this time. Of course the question of why floats around in our heads, but we honestly have been blessed with such a rock solid confidence in the goodness of the Lord. We have had plenty of opportunities – in the small and the big – to witness in tangible ways His goodness in the past, and know that that has not changed. We know our understanding is limited, and at the present time, we’re ok with that.

What comforts us is both the unchanging attributes of God, as well as the personal presence of Him with us. There have been countless evidences of His grace and presence throughout this process. When we see Him intimately working in the small details of Arabella’s story, it’s easier to trust in Him in the larger scope of her story as well.

What do you already love about Arabella?

I love that she is a fighter. I felt her much earlier, and much stronger than my first daughter. She is quite a bit more active as well. Let’s just say that those short limbs do not inhibit her kick-boxing practices!

I love her sweet tooth, how she squirms even more after a bit of ice cream or a cookie. I love that she is usually relatively calm during the night (although she was doing what appeared to be a full on gymnastics practice this morning at 4am).

I love that she befuddles and surprises the doctors. That her anatomy is a puzzle and she clearly was very uniquely created.

I love that she gives Daddy good kicks so he can feel her as well.

I love that she is showing people all about Jesus.

Though her life will (most likely) be short, what is your hope and prayer for her?

Honestly, our prayer is that her life will not be short! We know that the Lord can heal her and would love to enjoy many days and many years with her. But if Jesus calls her home to Him, we hope that the short time we do have with her will be as peaceful and pain free as possible. We hope all of those moments are filled with love and joy and delight. And we hope that her story will ripple out and bring great glory to her King.

Katherine and Jeff, I love you. Thank you for continuing to share your lives with me and now with us.