When I named my blog The Messy Middle I had one meaning in mind. I had not foreseen other interpretations that have surfaced. If only I was so clever! So no, I am not the middle child (I’m the oldest). No, my blog has nothing to do with being mid-life or middle aged. Though, I am middle-age-ish, that is not the point of the blog. And the final no is to The Messy Middle being a reference to China, The Middle Kingdom, as her name is in Chinese and where I spent nearly 20 years.

It’s not lost on me that a name with the word “messy” in the title became a bit messy in the understanding. Actually, it’s kind of funny and oddly appropriate. 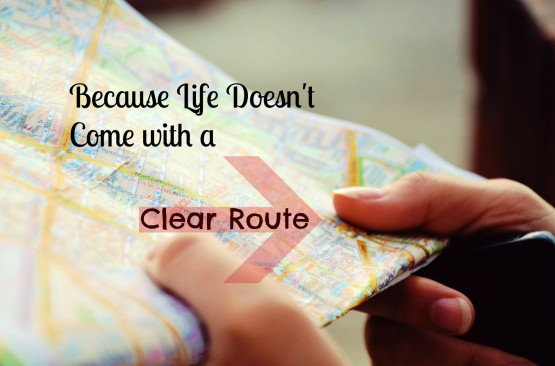 The Messy Middle is more than a cute blog name for me. It’s where I live (and I’m willing to bet you do too). In just the last two weeks I have had three friends face tragedies. A pilot brother crashing his plane and killing himself, his girlfriend and her three sons. Another brother caught in a drunken teenage drag race resulting in lacerations, a neck broken in two places, and a broken sternum. A third friend was diagnosed with cancer in a foreign country only to find out days later her mom had cancer too. Her mom died today, a mere two weeks after her diagnosis.

In the same two-week period, the leaves have started to turn. I got to ride a horse! And I continue to be amazed of the generosity of libraries.

Americans tend to be dichotomist in our thinking. We love clear labels and knowing where to put things. Is it a comedy? Tragedy? Rom-com?  Drama? While this type of tidy category works well for Hollywood, it doesn’t play out so well in real stories.

Dichotomist thinking has entered our thinking in the church too. I bet you’ve heard people say, “I’m a grace person!” Or, “I’m compelled to tell the truth.” Really? Is that the gospel? Pick a side

?! No. The good news of the gospel is grace and truth. You can probably tell I’m starting to get a bit excited. If we were sitting across from each other, I’d be leaning towards you and I think my hands might start flying around as the words start to fall out of me.

The good news of the gospel is grace and truth.

It is crucial we get this! OK, not to scare you, I force myself to lean back, pick up my tea cup, take a sip. Take a deep breath, take a moment to peer at you and see if I’ve freaked you out.

Thankfully you’re too polite to bolt. I’m thankful for that

. I continue, a bit more calmly now. If we only have truth, God’s truth, and it’s not balanced with grace, what we’ve got is law. Lots of rules and we know how well that worked out! Paul explained in Galatians that the law, in part, was to show us that if we only have rules and truth, we will all fall short. We will all fail.

But grace all by herself is hedonism. When we all do what feels good without thinking of the impact on ourselves or others and just dance our silly heads off on grace, we end up with a community of people who have no limits. Too much a good thing and all. Picture me and a bowl of cookie dough without restraint. It ends up with me feeling, at best, sick. Picture those 17-year-olds whose lives took a very different trajectory after drinking and drag racing. Not that all is lost, but what a hard path they are now on. A path they did not need to be on.

We, as believers in both truth and grace, are called to be messy middlers of the faith!

So for me, The Messy Middle is where we hold truth and grace in tension, knowing some will be more drawn to one side or the other. We, as believers in both truth and grace, are called to be messy middlers of the faith! People who celebrate the joys of life and mourn the pain. People who are on the lookout for small mercies in big messes. People who say, but for the grace of God, there go I. People who live messy lives, resisting oversimplifications. People who fall towards each other and God, even when we blow it.

The post first appeared on Self Talk The Gospel — good stuff there! Check it out :)