You know I turned 50 in December.

You know I believe in marking milestones.

You also know I love my people, history, culture, and traveling.

Combine all and what do you have? A Baltic Cruise and the chance to visit a new part of the world. One of my fellow travelers was my friend Joann, our books—one about transitions, another about Chinese church bells—are book cousins. So, is it any surprise that as we traveled we thought of books we read or want to read related to our travels.

We started off in Copenhagen and in preparation for our trip Joann listened to The Almost Nearly Perfect People by Michael Booth—I’m thinking it is a must read because as our travels continued, Joann kept referencing it. “Journalist Michael Booth has lived among the Scandinavians for more than ten years, and he has grown increasingly frustrated with the rose-tinted view of this part of the world offered up by the Western media. In this timely book he leaves his adopted home of Denmark and embarks on a journey through all five of the Nordic countries to discover who these curious tribes are, the secrets of their success, and, most intriguing of all, what they think of one another.”

If you look at a map, Berlin is not by the coast. So, calling is a “port city” on the cruise might be a bit lose and fast with definitions. But the three-hour bus ride from the ship? Totally worth it. We started off at the Olympic Stadium where Jesse Owens won his gold medal as the Nazis downplayed their plans for the world. I highly recommend the movie Race

and now plan to read these books, all recommended by Joann. 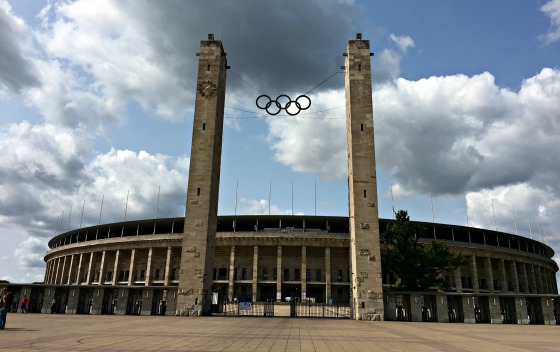 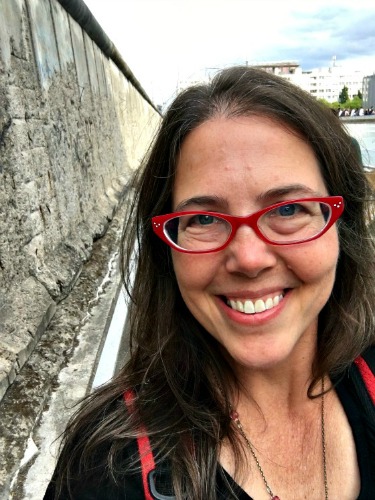 At the Berlin Wall

In the Garden of Beasts: Love, Terror, and an American Family in Hitler’s Berlin

by Erik Larson—”The time is 1933, the place, Berlin, when William E. Dodd becomes America’s first ambassador to Hitler’s Nazi Germany in a year that proved to be a turning point in history.”

Berlin 1961: Kennedy, Khrushchev, and the Most Dangerous Place on Earth

by Giles Whittell—You might have heard of the movie, Joann said the book, not surprisingly, goes into more details and if you have to choose between book or movie, choose the book.

The Collapse: The Accidental Opening of the Berlin Wall

by Mary Elise Sarotte—It was an accident! That November night in 1989 when the wall came down because the person speaking to the press was reading a press release and . . . you will have to read the book to find out the rest!

Sadly, I don’t have any books directly related to Estonia, but this year I read Between Shades of Gray

by Ruta Sepetys. In this Young Adult Novel, “Fifteen-year-old Lina is a Lithuanian girl living an ordinary life — until Soviet officers invade her home and tear her family apart. Separated from her father and forced onto a crowded train, Lina, her mother, and her young brother make their way to a Siberian work camp, where they are forced to fight for their lives.”

Nicholas and Alexandra: The Classic Account of the Fall of the Romanov Dynasty

by Robert K. Massie—I read this in high school and fell in love with one of the last Czars, his wife, their son who had hemophilia, and the mystic Rasputin. On our tour, we visited the Peter and Paul Fortress and Cathedral, where all of the Czars are buried, including Nicholas, Alexandra, and Alexis. The next day we toured the Palace where Rasputin was murdered. I am eager to read this a second time. 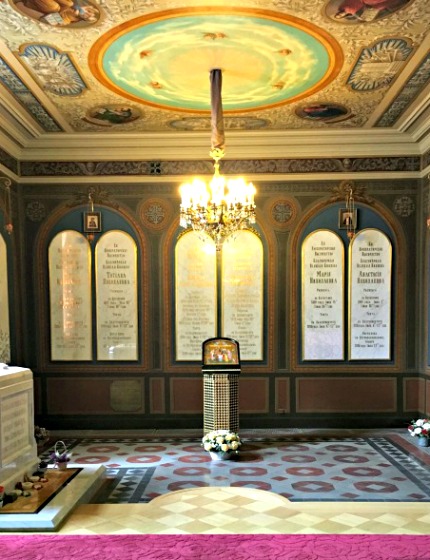 The final resting place of Czar Nicholas and his family

The Return of the Prodigal Son: A Story of Homecoming

by Henri Nouwen—This book is one of my favorite five books of all time. So, when I heard we would be going to St. Petersburg and go to the Hermitage, I felt quivery inside. I need to reread it. If you haven’t you must read it. Please. 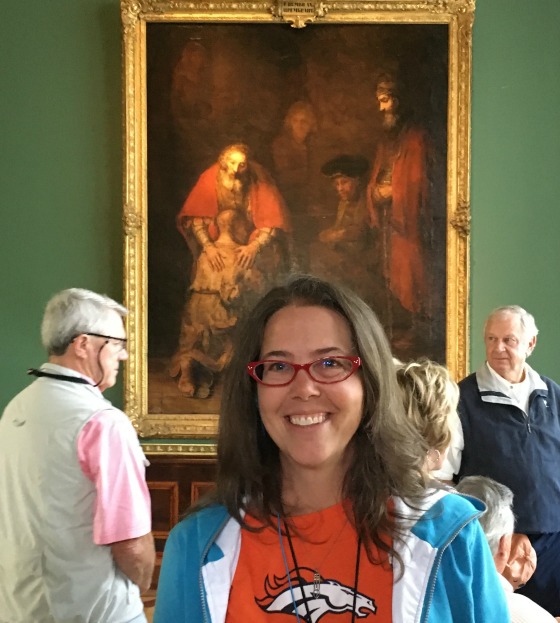 Symphony for the City of the Dead: Dmitri Shostakovich and the Siege of Leningrad

by M.T. Anderson—My niece Emily read and recommended this book to our family. I now need to reread it! “In September 1941, Adolf Hitler’s Wehrmacht surrounded Leningrad in what was to become one of the longest and most destructive sieges in Western history—almost three years of bombardment and starvation that culminated in the harsh winter of 1943–1944. More than a million citizens perished.”

The Almost Nearly Perfect People—mentioned above.

by Jonas Jonasson—this international bestseller is described as “A reluctant centenarian much like Forrest Gump (if Gump were an explosives expert with a fondness for vodka) decides it’s not too late to start over . . .” So, you can tell it’s fiction. I’m wondering what it is about Sweden that turns out such good storytellers? I’m thinking of A Man Called Ove

We returned to Copenhagen and each began the long trek home because there are books to be read! What books do I need to add to my list?