I said I wan’t going to become one of those people who work their book into every conversation. 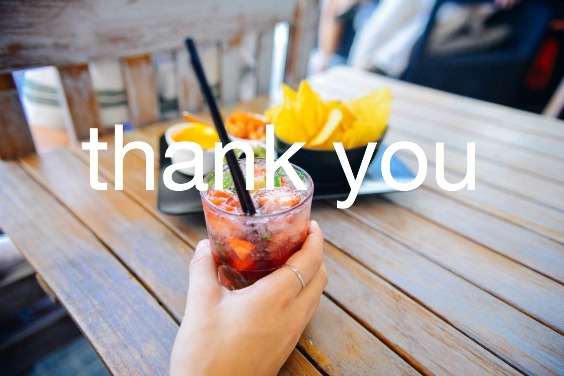 But I didn’t foresee becoming an Amazon bestselling author just five days after launching Looming Transitions. How can I not thank you? How can I not publicly thank God? I truly did not see this coming. Saturday night I was poking around on Amazon and then put this update on Facebook:

Two random bits of info from my recent visit to Amazon:

1. In the search bar, if you type “Looming” and hit return before adding “Transition” . . . you’ll be directed to a lovely Looming Kit.

2. When you do correctly type the name of Looming Transitions, you’ll see it’s climbed to in the #20’s in one subcategory :).

Well, when I actually clicked on the link with stat updates, I was shocked to see:: 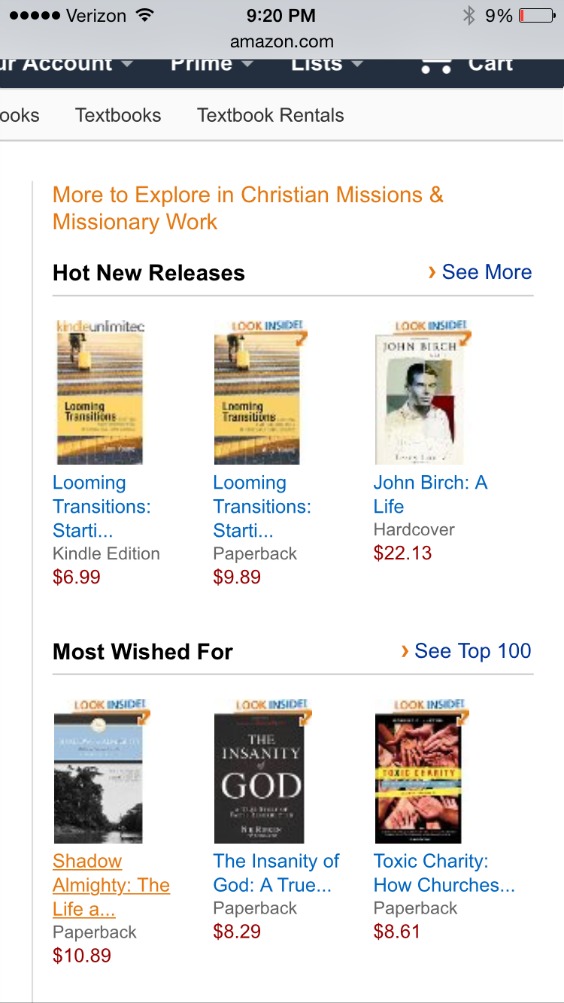 What?! Both the Kindle and the Paperback version were listed under “Hot New Releases.” But more than that: 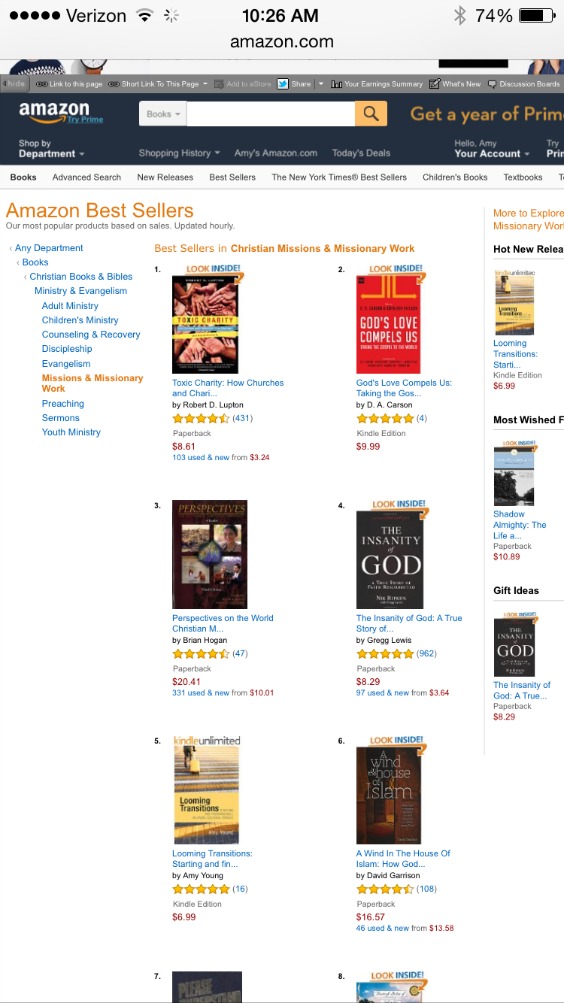 Looming Transitions is #5 on a best selling list!!! I was ranked in two subcategories, #5 in one and #6 in in the other. You can see them here and here — the rank varies, so it’s doubtful I’m still at exactly #5 and #6..

I have to say, part of me wants to put a bunch of disqualifiers with the main one being: this isn’t a “real” best selling list because it is a sub-list. However, I’m not going to do that. Because that diminishes what you have done for me and what God has done through this process.

As part of the book launch, I had a post at A Life Overseas, where I’m a monthly contributor, and I offered copies of the book in a drawing. Two overriding emotions on Saturday as I replied to nearly 55 comments: 1. The amount of comments (the need for these resources is so great!) was heavy. 2. Someone I don’t know said he was already part way through the book and it was valuable and humorous.

Surreal. All of it. I don’t know him, he isn’t someone who loves me and has to buy out of semi-obligation. Valuable. Humorous. Wow. God is using something I invested so much time and effort in beyond what I dared dream.

If I could, I’d thank each one of you who has bought it, posted on social media, emailed me, offered to let me post at your blog, and written reviews, I would. But how do you thank an army fueled by love? The only words out of my mouth for the rest of my days would be “thank you” and I wouldn’t hit everyone.

I don’t know how to thank you. So I will simply say, thank you.

Amazon Bestselling Author:  Amy (HAHAH, that is the one and only time I’ll end this way. Even I am rolling my own eyes!)