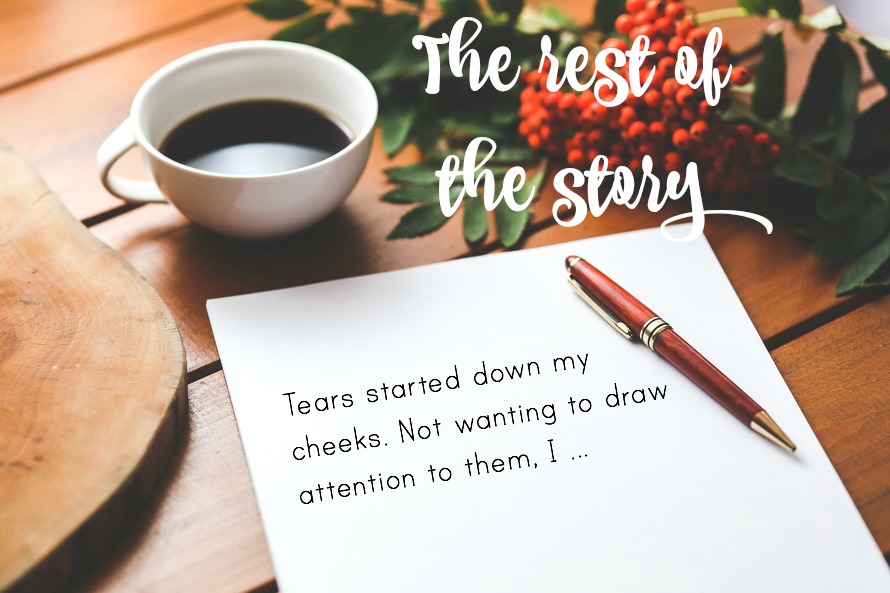 The story of Looming Transitions is a bit like riding a merry-go-round. I’m not sure where to get on because there is no clear starting point. I’ll narrow the beginning to three stone markers on the journey.

So I started reading a ton about writing, making friends through blogging (Hi Amy. Hi Tanya. Hi Mary. Hi Ed.), and driving my friend Joann nuts over my obsession with numbers and writing rough drafts and many other charming parts of my personality. More than once she said, “What have I unleashed?!” That’s how charming I was, she said it out loud. Imagine what was going on in her head?!

I finished the rough draft about five months after I started it and thought the hard part was done. More angelic laughter. We really can be a riot.

I then sought to implement part two of the plan to financial freedom: get an agent. I won’t bore you with the details, but the normal path involves getting an agent first and then writing a book. #Oopsies. Oh well, rules were made to be broken, right? So, I contacted many agents and heard back from maybe one or two, most never replied. The basic problem was that I didn’t have a large enough platform to sell books.

I entered a writing contest and the prize was an agent and having my book published. Do any of you remember when I asked you to “like” my author Facebook page? I had 19 likes at the time. Hahah :). Again and again, people have been so kind to me on this journey. Long story short, my proposal didn’t even make the top 10. (But I did meet Lynn at that writers conference and I got to meet Mary DeMuth in person. Woot, woot!!)

By this point I was living in the US and had continued with my reading and studying the craft of writing. I also was no clearer on “what I was going to be when I grew up.” Velvet Ashes started and I was delighted to be a part of it, assuming at some point I’d have to cut back once God opened some doors. Around this time I heard of an editor who was just starting and had low rates for editing. I hired her and learned one of my bias was hindering me. Big time.

I’d also learned that many authors don’t have their first few books actually published; those drafts end up being writing practice. Which sounds reasonable, so I put my sprawling rough draft away and truly had such peace and gratitude for what I’d learned.

Velvet Ashes turned out to be not a side gig, but a beautiful life giving next step. (Angelic cheering.) More time passed and through VA I met many people wonderful people.

One day, the quiet whisper of the Spirit said, “It’s time. Looming Transitions could never have born the weight of what you needed it to be. It could never provide financial freedom. It was going to crumble under that weight. Because you gave yourself wholeheartedly to Velvet Ashes without being your normal calculating self, you have inadvertently met many who need your book. The book that started out as your ticket to freedom has been turned into a gift to the community.”

Can I tell you the holy release I felt?

A gift is so much lighter to carry and steward than a ticket to freedom. A gift can be talked about and shared because in so many ways, it’s not about me, it’s about the recipient. A ticket to freedom has a smarmy-car-saleman persona because of where you need it to take you.

This last leg of the journey started about a year ago. I took that schizophrenic draft and rewrote it, narrowing it from all of life’s transition to one very specific one. And the rest, as they say, is history. In the last year I met another editor (Deb Hall) who is a miracle worker, Kay Bruner lead me down the self-publishing pathway, Theresa responded to a FB call for editing help and became a friend, Christy made the most amazing cover, and Andy Bruner is a formatting genius.

And then I reworked it two more times.

Many of you have cheered and rejoiced and reminded me that transitions are so much easier when we don’t make them alone. Thank you thank you.

Since life is often like a merry-go-round, ready for another spin? :)!

P.S. Winner of Looming Transitions has been notified. But the party’s not over yet. Give aways on Velvet Ashes Instagram next week and A Life Overseas this weekend. You’re invited to join either :)!