Last week I asked you to decide the lie out of these four statements  (meaning three are true, not true-ish).

c)       I’ve been woken up by a piece of a firecracker coming through my window.

d)      I’ve been woken up by someone borrowing eggs out of my refrigerator. 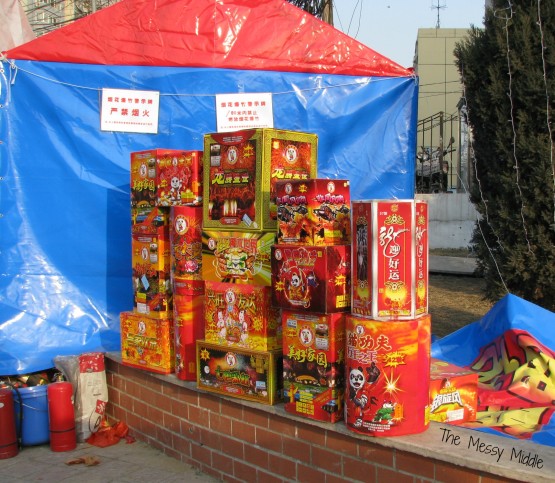 a)      I’ve been woken up by a mouse running across my face. TRUE and creepy!

My first night in Chengdu back in 1995 I was told by the head of the English Department, “Please mind the doors because there are many mice.” Our culture training (and living in non-mousy climates) had not prepared me for this greeting. Sure enough, there were many mice. I killed plenty with my frying pan when they were stuck on sticky paper until I just couldn’t take the screaming they made before I smashed them– and the fact that our school would simply peel them off and give us back the sticky paper with little tuffs of mouse hair. I switched to drowning and ruining the paper.

I woke more times than I cared to the flowers beside my bed having been nibbled (WHY didn’t I move them you ask? Because one should be able to sleep with flowers near by. Apparently Mice-1, Amy-0 on that one!). So, when one night one was cheeky enough to run across my face, it was disturbing but not that surprising. I have more good mice stories if you want to hear them :).

{May I also say, that Chengdu is one of the most amazing places ever and if it comes with a few million mice, that’s a small price to pay for its many other charms! Just in case you all crossed it off your bucket list after reading this, put it back on!}

b)      I’ve been woken up because the room next to mine was on fire. TRUE

The room next to mine had some faulty wiring in a TV and it started to smolder and then burst into flame. Unfortunately (or fortunately) the room was empty so it wasn’t noticed until smoke was billowing in the hallway. Someone pounded on my door, but I take my sleep rather seriously (and probably was influenced by the smoke) and didn’t want to get up. After incessant knocking I finally joined the others outside. Though it was a guesthouse/hotel I lived in, I was one of the few people in pj’s because it was before midnight :). Thankfully it’s China and people wear their pj’s in public considerably more than in the West so all was fine. It took about an hour before they (I really don’t recall who “they” were) got the fire out and we were allowed back into the building.

Um, yeah. Not one of my finer moments, but I am serious about my sleep so I crawled back into bed with all of that toxic smoke still in the air, next to a burned out room, and went right back to sleep.

c)       I’ve been woken up by a piece of a firecracker coming through my window. FALSE

You’d think?! right! But thankfully I’ve only been afraid of firecrackers hitting me as I walked around in the evenings of Spring Festival.

d)      I’ve been woken up by someone borrowing eggs out of my refrigerator. TRUE

Living in the communal world of Chinese university teaching housing (especially back in the guest house era), it’s not surprising to have the keys to other people’s apartments or they yours. I will add that this happened in my current apartment and not when I was a full time teacher. Known for being a sound sleeper, traveling a good bit, and being (relatively) generous, on more than one occasion people have come into my home late at night to borrow eggs. As long as I don’t wake up, I really don’t mind. But it is creepier than a mouse running across your face to be woken up by an “intruder” albeit a friendly one!

Put a few truth and a lie in the comment section. I’ll guess and I hope a few others will too! How’d you do on guessing mine :)?