This is a special week at Velvet Ashes because we are wading into the subject of suffering.

I am grateful I was raised with a healthy view of suffering — bad things happen to good people and it doesn’t mean God or people are trustworthy; it just means suffering is a part of this life. But living in China, I was exposed to folks who seemed to go to extremes of either God will protect us from all suffering (or he should!) OR the more we suffer, the holier we are.

We are back to (you know what’s coming, right?) the messy middle. I know, I know.  The messy middle, where suffering can be used to mature and grow us, but let’s not glorify it or minimize the pain, OK? 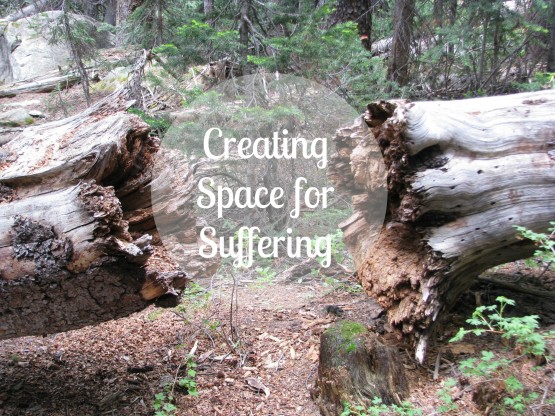 On his blog, Donald Miller asks “What makes a meaningful life?” And in part he answered:

Viktor Frankl spent most of his life studying the mystery of meaning, and amazingly, he came up with a prescription for how we can experience it ourselves.

His prescription was remarkably simple:

1. Have a project you’re working on that requires your unique skills and abilities. And preferably a project that helps others.

2. Share your experience within the context of safe, loving relationships.

3. Find a redemptive perspective on your suffering and challenges.

I found myself saying, yes, yes, yes. Purpose, connection, and redemptive suffering, that does about sum up the kind of life I want to live. So, this week, if you’d like to explore suffering in the context of these three elements, would you join us at Velvet Ashes? We have quite the line up planned and you can read about it here.

Our lead off post is from my friend Tanya Marlow (insert happy dance here! I’m so excited she’s sharing with us!). Tanya has many things to offer, but today we’re going to focus on one: her passion to help create space for people to form healthy and helpful theologies of suffering. She writes:

“Here is where we start – that suffering is bad. Sometimes as Christians, when we tell our stories of suffering, we jump too quickly to the ‘God is good’ part. It is not good that death and sickness and violence and evil are in the world, and God did not intend them in His good design. They were not there at the beginning; they will not be there at the end.

I have an autoimmune illness which is poorly understood, even by good medics. For the last four years I have had to spend the majority of the day in bed, resting, and I am only well enough to leave the house once a fortnight or so, in a wheelchair, for a couple of hours. It’s ongoing, with little treatment or help, and my prognosis is uncertain”… and you can read the rest here.

What has helped form your understanding of suffering? Did your younger years help or hinder you in adulthood?