A significant part of my former job was creating a team building packet for the beginning of each academic year. I’d be on the hunt all year for material or a new angle or a book that could provide the frame work for the next years material. Even after I’d resigned, I gathered material and have a running mental file of potential ideas. 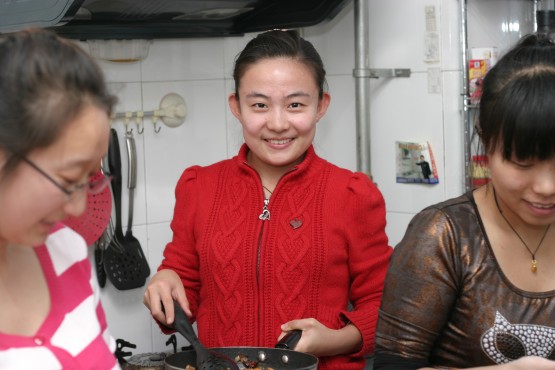 From J. Wu. Fostering team in the kitchen

This summer I was reading out loud to two of my nieces From the Mixed-up Files of Mrs. Basil E. Frankweiler (by E. L. Konisgsburg). It’s the story of two elementary school siblings who run away from home to the New York Metropolitan Museum of Art and as a Newberry Medal award winner is fantastic. Having been stuck in a few too many airports for a long time, I’ll wander around looking for a fountain to bathe in if I become desperate. That, my friends, if fiction coming to life! Thank you Ms. Konisgsburg for the idea.

Old habits die hard and this book has a simple, but profound distinction of what it means to be a team. And when I read it, I wanted to share it.

If anyone is (re)starting a team this academic year, be it a work team, a sports team, a committee, I’d have them read the following excerpt from this YA book and discuss it:

Claudia had always known that she was meant for such fine things. Jamie, on the other hand, thought that running away from home to sleep in just another bed was really no challenge at all. He, James, would rather sleep on the bathroom floor, after all. Claudia then pulled him around to the foot of the bed and told him to read what the card said.

Jamie read, “Please do not step on the platform.”

Claudia knew that he was being difficult on purpose; therefore, she read for him, ‘State bed –scene of the alleged murder of Amy Robsart, first wife of Lord Robert Dudley, later Earl of …’

Jamie couldn’t control his smile. He said, ‘You know, Claude, for a sister and a fussbudget, you’re not too bad.’

Claudia replied, ‘You know, Jamie, for a brother and a cheapskate, you’re not too bad.’

Something happened at precisely that moment. Both Claudia and Jamie tried to explain to me [Mrs. Frankweiler] about it, but they couldn’t quite. I know what happened, though I never told them. Having words and explanations for everything is too modern. I especially wouldn’t tell Claudia. She has too many explanations already.

What happened was: they became a team, a family of two. There has been times before they ran away when they had acted like a team, but those were very different from feeling like a team. Becoming a team didn’t mean the end of their arguments. But it did mean that the arguments became a part of the adventure, became discussions not threats. To an outsider the arguments would appear to be the same because feeling like part of a team is something that happens invisibly. You might call it caring. You could even call it love. And it is very rarely, indeed, that it happens to two people at the same time –especially a brother and a sister who had always spent more time with activities than they had with each other.

I love running across a gem in unexpected places. Oh the truth this passage contains!

Questions for discussion (yup, the teacher geek in me is coming out):

Over to you in the comment section. Would you choose one of these questions and answer it? OR, share something you have read or seen recently that might be considered an unexpected place for a great reminder/lesson?

P.S. Go Broncos! That is one team I hope cares for each other!!