I’ve been asked to write again for LEAPAsia. This excites me because it taps into parts of me that might not seem to go together on the surface. Isn’t it just one of the best feelings when that happens?! They are currently running a series on communicating with students and I’ve been asked to write two posts: one on eating disorders and one on addictions.

Sadly, you don’t have to be a teacher to need to think about these areas. So, though this was written from a teacher’s perspective, how could it benefit you? Jesus came that we might have life and wholeness and enjoy activities! Amen?!

We talked about how as teachers we are fluent in the language of our subjects, be they mathematics, physical education or a foreign language. However, our subject is not the only language we need to speak in our classrooms. Although we do not need to know other “languages” fluently, we do need to be familiar with their dialects.

Recently we explored the dialect of eating disorders and today we are going to look at addictions. Addiction is a form of being lost in your own life. 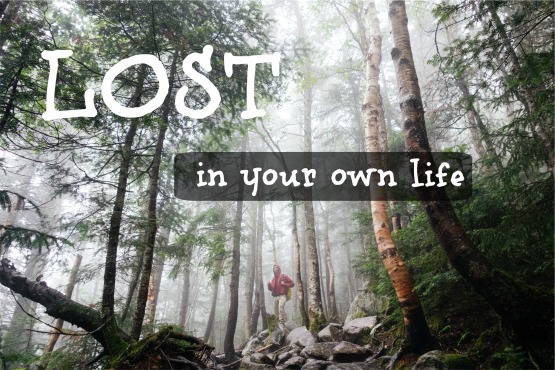 Traditionally, addiction has been associated with drugs and alcohol and while both certainly can exist in your classroom, the truth is humans can become addicted to anything. Students can also become addicted to the Internet, pornography, shopping, gambling, and video games. While the Internet has enhanced our lives, one of the downsides is it has made “adult” addictions more easily accessible to students.

How do we know if a behavior is becoming an addiction? A famous psychologist in America, Dr. Phil McGraw gives 10 signs:

As you talk with your students look for signs that they feel unable to control a behavior and they are participating more frequently and for longer time periods.

What is especially concerning about addiction in students is the ways it impacts their brains. Tragic elements are present if anyone gets involved in addictive behavior, but for people under the age of 25 their brains are still developing. Addictive behaviors, be they drinking alcohol, playing computer games, or needing to have a cell phone with them at all times are not just annoying, they are altering the brains of our students.

Practically speaking, what can you do?

The Master Teacher gave a famous talk where called many people blessed. If he were talking to you, I believe he’d say: Blessed is the teacher who notices their students helps them, for they are true teachers.

A similar version of this appeared on LEAPAsia