In a meeting with a Chinese pastor we asked her how foreign Christians in the vicinity of her church could support her and the church. They’re in kind of a rural area (a relative term in China) and most of the foreigners don’t speak Chinese. The foreigners don’t attend often. Lest you judge too quickly, events where you don’t understand what’s going on is a part of life.

But to weekly sit, stand, bow, wonder the topic of the sermon, try to quiet children, try not to look at your watch too often, try not to appear antsy and remind yourself this is supposed to have some elements of worship. Knowing that this isn’t a onetime event, but you’ll be back here next Sunday. It’s easy to ask yourself is it worth it?

So, back to the question asked the pastor: how can we serve you?

Her answer was painfully simple. Just show up. Don’t underestimate the power of your presence. 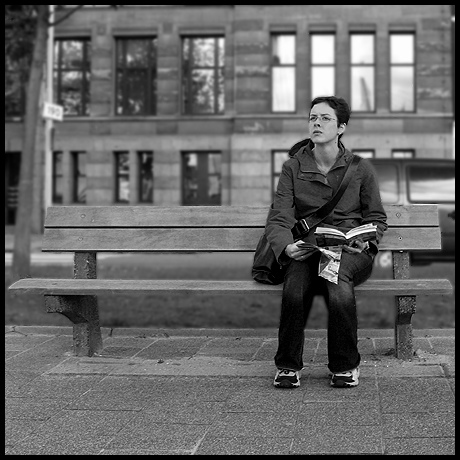 Yes, yes! I say. But then I realize I prefer Nike’s just do it! Doing something seems active and easier to measure the difference I’ve made {um, yes, it’s back to being all about me, all about you, not all about them}.

Don’t underestimate the power of your presence.

Bam, and just that like the incarnation is summed up in a modern proverb. Emmanuel, God with us. Don’t underestimate the power of your presence.

I hadn’t thought of Jesus as being bored. But I bet he was. Or that he’d fidget when something didn’t capture his interest or try not to wonder how much longer he’d have to stay at an event until he could sneak out.  I’m not trying to be irreverent and I know that Jesus was able to be bored without sinning, something I am wholly incapable of doing consistently.

But when Jesus washed the feet of his friends before he died and told them to “go and do likewise,” I think he was throwing in some boredom too. Go, and serve one another, yes. But remember that serving can include just showing up.

And just showing up will result in an opportunity to do something, a chance to pick up your cross, so to speak. But first, don’t underestimate the power of your presence.

Merry Christmas or if it’s not a year to be merry, simply, Christmas to you. Thanks for showing up here so faithfully. Amy