This week we are focusing on an amazing woman: Connie Gibson. After nearly 13 years in China, her cancer battle (more later on that) is forcing an exit strategy. I do not like the thought of Connie dying. It makes me sad and uncomfortable and angry at the effects of sin. But one of the things I have committed to do with my life, as much as possible, is to turn into pain and not away from it.

Why is it that we wait until someone has died and then share with each other the impact of that person? So, with Connie’s permission, we will learn from her, mark a life well lived, and thank God for the years he has given her. This will be done in a three part interview: teaching in China, life in China, and her experience with Cancer. On Friday we will share with Connie the ways in which she has impacted us. 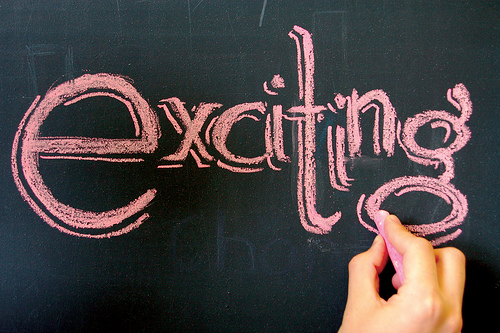 How many years have you taught in Nanchang?

I’m completing twelve and one half years the end of this semester and hoping that my health will allow me to finish until June, which would finish 13 years

What type of students have you taught?

I teach English major students in my writing classes but all other classes/subjects are students of all kinds, majors (both English and non-English) ages, levels and department and colleges within our university system.

Roughly how many students have you taught over the years?

The number of my students is rather small compared to other teachers due to the fact that my writing classes are limited in number and I don’t teach many. The reason I don’t teach many is because of all the other things I teach and do.

Stats… I’ve taught approximately 3,700 students in my classes. This does not count the teaching and training that I have done for other students and teacher training courses on and off campus and for special all day training seminars or workshops… I’ve done workshops for Chinese teachers and professors from around China… those numbers are not figured in here at all.

I know it might sound strange but I have spoken or given lectures many times at many schools and universities around China… An estimate that is pretty close or even an underestimate of numbers of students/teachers/others that I’ve spoken to are: 88,000.

In January of 2005 the university created a special award for me called the “4 in 1 award” To give me that award they had a special ceremony where they brought down two bus loads of journalist from Beijing to Nanchang. It included making me a full professor, giving me a car and driver, my house for life and a full time assistant. That was an amazing award and has been a tremendous blessing this entire time, especially using a car and driver, bus, van or whatever form of transportation I’ve needed for me and my students to get around to speak or whatever. Truly I am blessed!!!

Connie, I think those reading this are beginning to get a sense of your energy and impact! I’ve learned things I didn’t know, too. I’m tired and happy just reading this. But I know you’ve helped create other clubs and classes as well.

I teach writing classes as I mentioned… as part of this my students create children’s book in their small groups of four students. Some of these books are totally amazing.

I created a very special speech class that always has only 12 students. The students try out and will be with me for one year. We meet every Friday afternoon starting at 4:30 and go until 9:30PM. I always make a large pot of homemade soup for them for dinner. Plus they are required to go off campus with me to speak at some high school, other university or company place… once every month or two.

I have a public speaking class of approximately 40+- students who meet with me every Thursday night for 2 to 3 hours. They have to try out to get in this class also.

I created one of the most important English learning activities that has gone on now for 4 years and has done a great job in teaching leadership to my leaders of the group, we meet once a week in the evening for 3 hours where they watch a movie and work as a large group of 10 or 20 to create questions, which will be used with half the leaders on one night and the other group leaders  the next night, to facilitate a Movie Directed English Corner for other students (whoever wants ) to come and watch the movie and then divide into smaller groups of students who sit at tables with my leaders and talk about the questions regarding the movie and life… we’ve averaged as many some months of between 70 and 120 a night.

I started a group of 10 students to be my translation club where they work together in mini groups and then as a whole group, to translate children’s books from English into Chinese. They’ve translated a total of 7 books and done a great job.

I started a story-telling troupe that was another experiment that worked and turned out amazingly successful. That group was only between 6 and 8 students depending on the semester or year.

Can you briefly share about the speech contests your students have participated in?

My involvement in English speech contests started back in 2000 when I first arrived by judging one. After that I started training one of my students named Li Jiayu to compete in the 21st Century Cup English Speaking Contest. She won 2nd place in 8 southern provinces and went to nationals. After that we went to the very 1st CCTV Cup English Public Speaking Contest in 2002, which quickly became the most prestigious English contest in China. My student took second place in all of China. Every year since I have returned to Beijing for the contest… years 2002 thru 2007,  one of my students was the first place winner in the province. One of my students, Ai Lisha, took 1st place at the 2004 CCTV Cup in all of China. In 2008 none of my students were allowed to win that position, but coincidentally because I had no students there, I was asked to go to Beijing, but this time as a national judge, which I did. I’ve continued to go every single year since it started, even if I had no winning student from the province.

A. I’ve at least seen my students and those taught by teacher’s/colleagues who were previously my students, who are teaching more “quality based” rather than “test based” lessons and activities. B. I’ve seen a greater desire by the students to pursue excellence for real learning and not just wanting to memorize rote for the sake of getting a certificate or passing a national exam. (I know these last two are similar but one is the teaching side and the other the student side). C. There is push to have content classes, other than English majors, being taught in English, i.e., physics, social sciences, etc.

Connie, you have left an indelible mark on the lives of those you touch as you live large and invite anyone you encounter along for the ride. Tomorrow we look forward to hearing about life in China.