“No, you don’t like to pay with money. You still pay.” Charming conversationalist that I am.

OK, people, I’ve a version of the above conversation more than I’d like in the last few months and am done with this idea that paying only involves money. 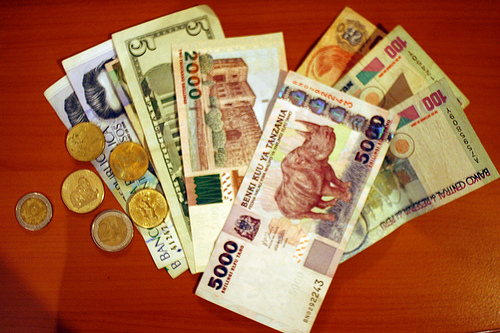 You could pay with

Instead of spending 25 minutes driving yourself (and paying more money), you spend less money and more time on public transportation.

You could spend fifty gabillion hours figuring out how to do something, or you could hire an expert to help you.

By not taking your spouse out for your anniversary (without pre-agreeing on said plan), you might save some money, but you’ll have made a withdrawal in your relationship.

You can also pay with the currency of CONVENIENCE, RESOURCES, and KNOWLEDGE.

Money is a great currency and I’m thankful we don’t live in a barter society. (Side-note: I was once paid for a counseling session with about 150 apple dippers from McDonalds and the caramel packets. Took a while until I could visit see one without shivering. True story.)

I’m also all for fiscal responsibility! All. For. It. There is no reason to spend money for the sake of showing you have it, getting yourself into a situation where you then don’t have it.

There are times to invest the fifty gabillion hours, or not go out on an anniversary, or take public transportation for a whole host of benefits that has nothing to do with money.

But when someone says they don’t like to pay, I find myself thinking, “And I don’t like feeling violent, but such simplistic thinking makes me wonder what it might feel like to bite my thumb at you!” (Name that Shakespeare reference.)

Childish thinking says that paying only involves money. That’s a bit like saying only U.S. dollars are used around the world. Those who have “put their childish ways of thinking behind” them when it comes to paying understand that each country/situation uses a unique currency.

For instance, is it better to pay with resources instead of money? Asking “is it better” isn’t all that helpful. A more helpful question would be: What’s the best currency for this situation? What is going to bring me closer to people, invest in relationships or a task, or bring joy to God?

If I chose differently, would it lead to distance? Distance from people? From my values? From God?

Instead, I’ll leave you with the challenge to move beyond money when thinking about costs and benefits. Should you consider money? Absolutely, but also energy levels, relationships, other things you have going on, nudges from the Holy Spirit, budget, family needs, is this urgent, health, and what will sustain you long term.

Next time when you hear someone say, “I don’t like to pay.” Try the line “with money,” smile at them, and watch a few light bulbs come on (and you too can be viewed as a charming conversationalist!). The industrial era and moving from a barter to market economy brought many advances, but tying money so closely to the idea of cost is not one of them.

We’re going to pay, that’s a given; my hope is that we are aware we have currency options and are willing to use them.

What’s your default currency? What currencies did I miss?