I finished Building a life out of words by Shawn Smucker on the plane yesterday. In it he chronicles his first year of full time writing, the ups and downs of doing something nontraditional. At this season of my life, as I get ready to board a similar roller coaster, it was a dose of comfort food and hope.

Near the end he talks about the legacy his grandparents left which includes selling sandwiches at the Maryland state fair. Shawn wonders if his grandparents realized they were putting in place something that would far outlast them and writes:

I learned something that year at the fair about what  a legacy can provide. I learned about the choices I make now will have a huge impact on the way my children view the world and their role in it. I want to always be doing things that give them a sense of tradition and adventure and hope.

Me too.  I cannot imagine three more perfect words to describe what I hope is said at my funeral. Sense of tradition, adventure, hope.

Whether to biological children or to others, we all leave a legacy.

Legacies are built of out ordinary moments that add up over time. Below is a post from last summer that came to mind as I read Shawn’s line. What kind of legacy do you want to leave?

She eyes the pile of hula-hoops. 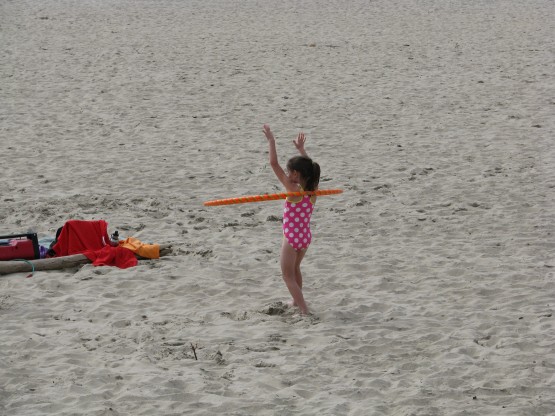 Mary –we learned her name—was more than willing to share when I asked if my niece could hula-hoop.

The young one threw herself into it and didn’t care that she wasn’t very good at it yet or that many of us were delighting in her willingness to just go-for-it. One of her sisters sidled up to me, “Aunt Amy, I would like to do that.” It’s hard to approach someone you don’t know and ask if you can join in, so I went with her and asked if she, too, could hula-hoop. Mary had many hoops for a reason, she loves hula-hooping and sharing.

Mary turned to me as she had a hula hoop going around her legs and said, “You should try it too, these hula hoops are actually weighted for adults.”

That may be, but I haven’t seriously hula-hooped in years. Oh let’s be honest, it’s been decades and the phrase “seriously hula hooped” has never applied to me. I stood there smiling at the three of them as they spun and delighted.

As a so-called respectable adult, it’s tempting to listen to that voice that says, you will look like a fool.

I am the kind of person that if I’m going to do something, I throw myself into it. I grabbed the brightest pink and orange hula hoop and gave it a try. 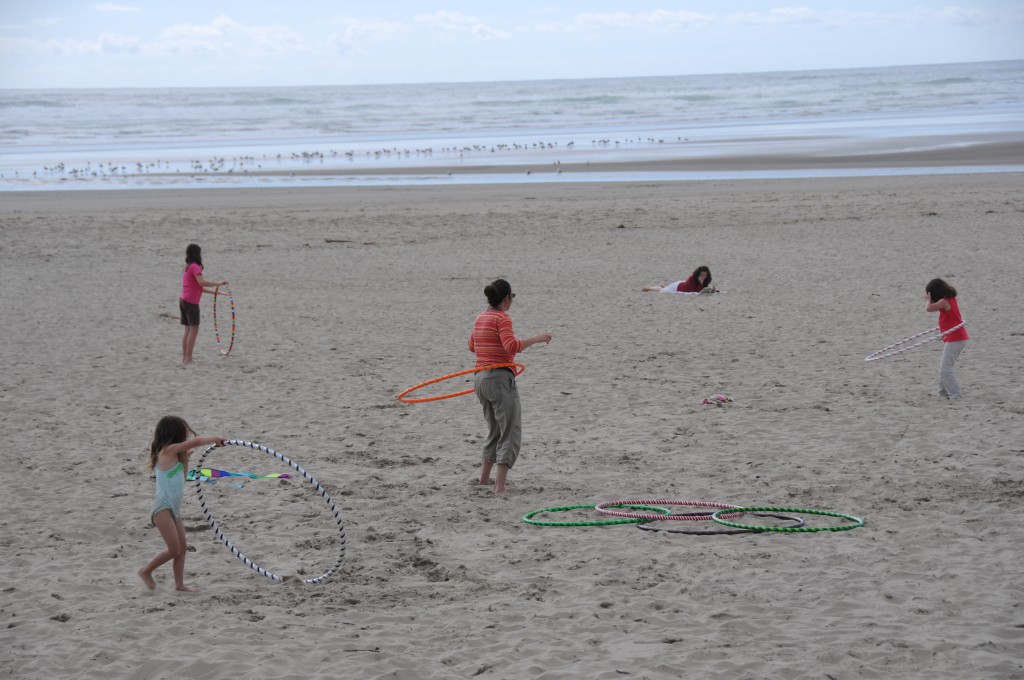 In terms of brave actions, this will not go down in the annals of history. But in that moment I, like the girls, had a choice: was I going to be brave or was I going to let fear hold me back?

Big Brave situations do not normally come with lots of warning, we just find ourselves faced with a choice, an opportunity, a call to make. I picked up that hula hoop as a public declaration that I want to be brave in the little so that I can be brave in the Big.

As that hula hoop went around and around my waist, a third niece joined and then the last until all four of them were there. The six of us hula hooping before the Lord and all the on lookers, it was a group act of bravery.

David danced before the Lord with abandon, much to his wife’s chagrin. He was known for his bravery and it stemmed from his ability to keep his eyes on God whether fighting a giant, hiding in the hills, or dancing with abandon. When I keep mine there, I am able to follow in David’s footsteps and live life not out of fear, but out of focus.

What is something little brave you have done recently (or have been putting off)? How do you see the relationship between Big Brave and little brave?