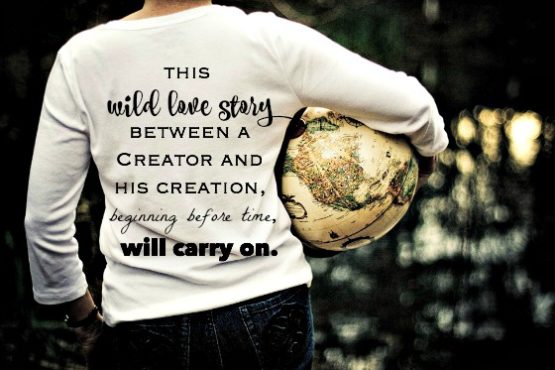 When I signed up to write this post a clear image came to mind.

In my mind’s eye, I was walking behind a woman who was on a narrow dusty path, wide enough for one person. Over her shoulders was a long pole with a can of water hanging off of each side. She was carrying on.

I loved the symbolism of carrying water because water sustains life and brings Living Water to thirsty souls.

It was such a lovely picture. After talking about change and re-entry, my soul was ready for less upheaval internally. One foot in front of the other. Step after ordinary step. Familiar paths, familiar teammates, familiar cities and markets. Familiar sounded good.

Wasn’t carrying on supposed to be a lovely picture? Familiar? Calming? Idealized?!

Ah, there’s the rub. I tend to see the pain and joy of the path I’m on, yet only the joy of your path. This carrying on is as varied as any other path. It can be glorious or discouraging, exciting or a bit dull. Thankfully, we have not been left without encouragement and models. We join a long line of people who knew what it was to carry on.

Daniel who was thrown to his death by people who were jealous and didn’t want him to succeed . . . and yet he didn’t die. From Daniel we learn to carry on after false accusations and a traumatic and dramatic experience.

Jesus who spent time in the desert preparing for the next phase of his calling. After time alone with God (and the Accuser) he returned to society and built a team. From him we see a model of carrying on after a period of preparation.

Moses who lead a group of people who were not easy to lead or the most supportive of him. From Moses we learn to carry on for the long haul and to listen to One, not many.

David who had to carry on in both his role as king and in his family when his sin of sleeping with Bathsheba cost many greatly, some even paying with their lives. From David we learn how to carry on after we have sinned.

Leah who felt unloved by her husband and jealous of her sister. From Leah, we learn that carrying on may require us to find our satisfaction only in God.

Joseph who was treated unjustly by his brothers, potiphar’s wife, and the cupbearer. From Joseph we learn that carrying on may involve years and that God keeps his word.

Naomi who suffered through famine and the death of her husband and sons. From Naomi we learn what it means to carry on when hope seems lost.

Ruth who served her mother-in-law as she fulfilled the commitment she made by carrying on in a new land. From Ruth we learn that carrying on can result in unforeseen and eternal blessing.

Caleb who spent years with Moses and the Israelites as they wandered in the desert before the time came to hand the mantle over to him. From Caleb we learn that carrying on can involved the end of an apprenticeship as responsibility is handed to you.

Abraham who was asked to sacrifice his own son and did not know if a substitute was going to be provided. From Abraham we learn that carrying on involves the mysteriousness of following a God who cannot be reduced to a formula.

Isaiah  who at one point was told by God to walk around naked and barefoot for three years as a sign of the troubles to be brought against Egypt and Ethiopia. From Isaiah and other prophets we learn to carry on when it seems no one is interested in listening.

Mary who watched her son be unjustly accused, tried, and executed. From Mary we learn to carry on in seasons of deep loss and grief.

Paul and Barnabas who had a ministry disagreement and after parting ways each took on a ministry mentee in Silas and John Mark. From them we learn that disagreements happen and the work can carry on. We also learn to that carrying on involves building into the next generation.

is for those in loss,

it can feel mundane in the day-to-day,

it can involve new opportunities and challenges,

it can get lost in the bigger picture,

it can paradoxically be familiar and foreign at the same time,

it needs to be anchored in who we are, not what we do,

but above all else, it reminds us that this wild love story between a Creator and his creation, beginning before time, will carry on.

God uses his word in so many ways to encourage and instruct us. Which Biblical character do you relate to most in this season?