Thank you for your kind messages and emails in response to Sometimes Less Is Enough. I’m working on a post for Wednesday to let you know what’s up for the next few weeks.

You know I’m the leader of the Book Club at Velvet Ashes. This week we are starting a new book: An Altar in the World by Barbara Brown Taylor. The following is an adaptation of what I wrote for her first practice: Waking Up to God.

I appreciated in the introduction when Barbara Brown Taylor explained why she is looking at spiritual practices: “Each helps me live with my longing for More. Each trust that doing something is at least as valuable as reading books about it, thinking about it, or sitting around and talking about it. Who wants to study a menu when you can eat a meal?” And later on the same page: “In a world where faith is often construed as a way of thinking, bodily practice remind the willing that faith is a way of life.”

Reminds the willing. I want to be counted with them, don’t you? This first practice is a good place to start because it starts small.

Waking Up to God.

When I read “In my experience, every place has its own spirit, its own character and depth. If I had grown up in the Arizona desert, I would be a different person than the one who drew up in a leafy suburb of Atlanta.” I had to laugh. We know the truth of which she speaks, don’t we? I grew up in Colorado in the U.S., and went to college in Kansas. When I’d tell people where I was going to school, sadly, many Coloradans wondered why I’d go THERE?

And after five years in south-central China in a place known for a slow paced life, tea drinking and Mahjong playing when I moved to Beijing, people felt sorry for me because the spirit of the places are so different!

How does where you come from and where you are now help you wake up to God? I am probably far more taken with blue skies coming from Colorado and living in a cloudy city for years and then moving to a polluted city. I also notice I am comfortable in urban and suburban areas. I like nature, but have no need to live in it. So, it’s easier for me to see God at work in the city than it is for some who grew up in more remote areas.

So, I ask again, How does where you come from and where you are now help you wake up to God?

I liked how Barbara played with the idea of waking up, a concept most often associated with sleep and morning times. Barbara invites us to see waking up to God to be about more than a few moments early in the day. Instead, she wants us to wake up and see him at work throughout the day.

I love having a camera on my phone because it helps me to capture (so called) random moments that foster waking up. 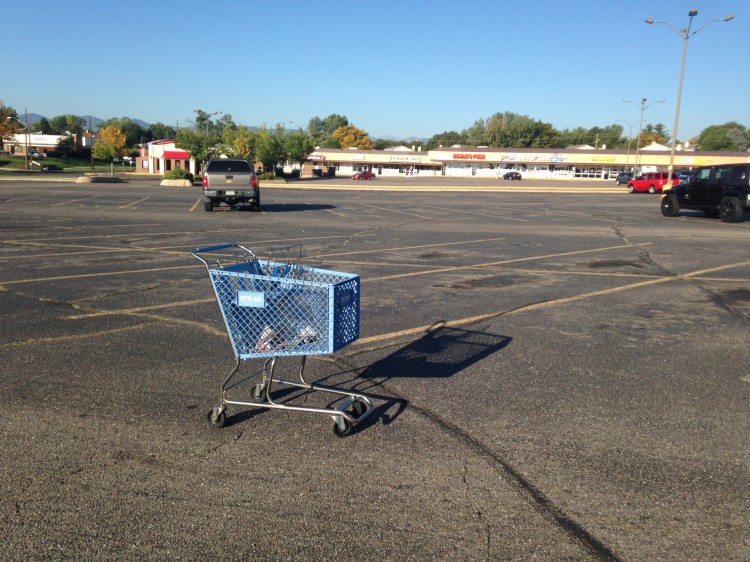 When I see an item out of place, I’m trying to train myself to think of how the Good Shepherd leaves the 99 and goes to look for the one. He cares about all of this sheep. Sometimes I feel as out of place as this cart, but God will still come and hunt for us. 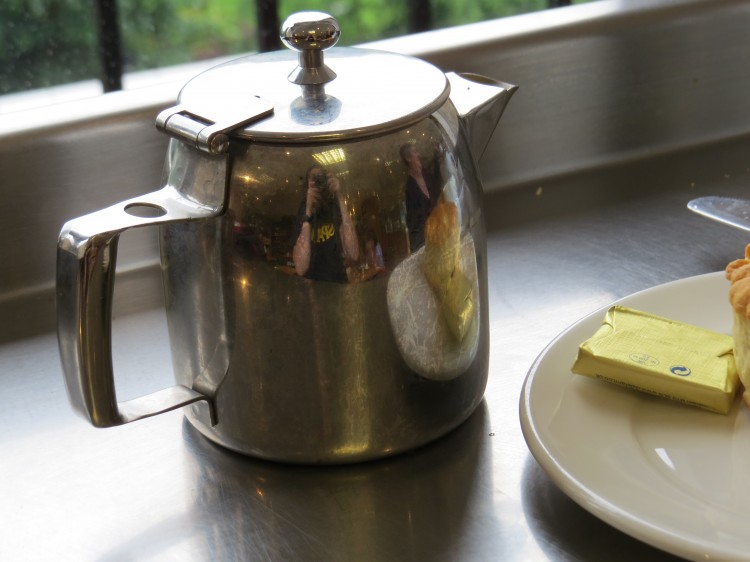 Like you, I’ve eaten food that seemed weird to me. Some of it was humorous weird, and some of it was “Amy, you are going to have to die to yourself RIGHT NOW and make sure your face isn’t making a rude look.” In times of doubt it’s easy to think this is what we have to do with God. But he says, “Taste and see that the Lord is good.” A teapot and scone help me taste and see that the Lord is good. 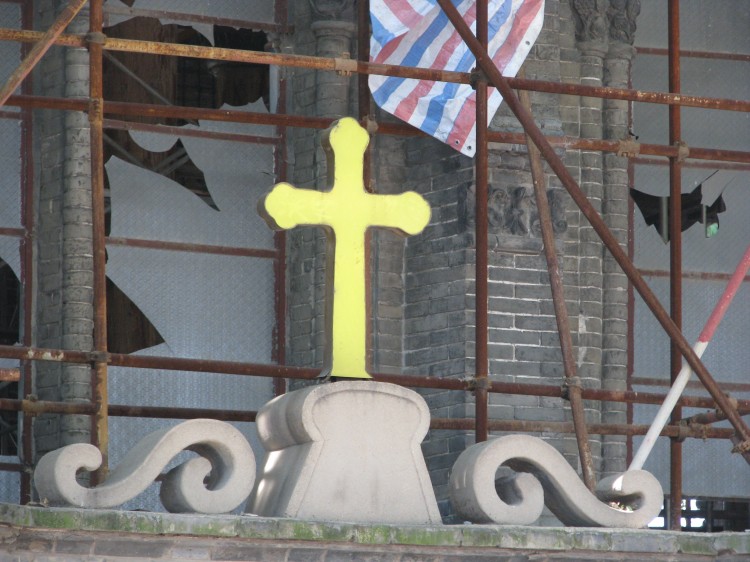 The church is always under construction because the church is not a building. So, when my co-workers or local believers annoy me, this picture helps me to wake up to God at work in their lives. And more often than I’d like, they need this picture for me too! 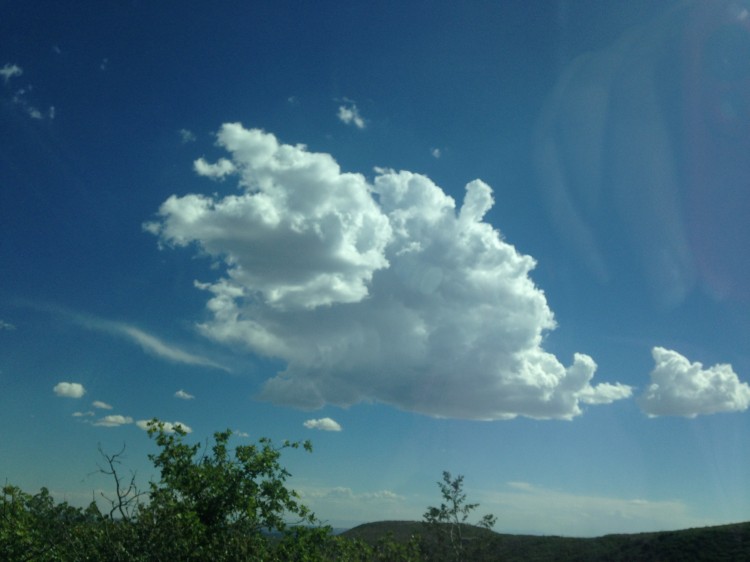 And you knew there had to be one of sky, didn’t you?! Blue sky wakes me up to God in ways that remind me of who I really am — I don’t know why the sky is such a portal for me to God, but it is. I’d love to read (and see) what helps you wake up to who you were truly meant to be before you became a broken version of yourself (or another way of saying it, who you will be forever!).

As I am practicing waking up to God, I am in awe He is I look. My phone has helped me wake up to God. What’s helped you this week? What would you like to try as you practice waking up to God?

Disclosure : Amazon Affiliate links included in this post.  If you click through to Amazon, any purchase you make supports Velvet Ashes.