It is exhilarating to move to a new country and communicate with people so different from ourselves. Whether through Chinese you have learned or English you have taught, the sense of accomplishment can be deep and genuine.

Yet at times language defies us. Instead of being a beautiful bridge you and your friends are crossing, complete with cartoon birds singing around your heads … one side or the other says something unintentionally annoying.  Like really annoying. Like I want to scratch your eyes out and I hate those singing birds, annoying. 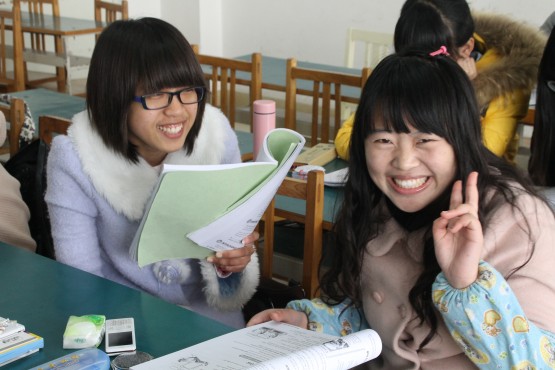 Often the problem lies having vastly different understandings of a word.  Because familiar words are used, we all nod and think we are communicating. If we could see what was really going on in each other’s heads, we’d be shocked how far apart our conversation actually is.

As foreigners in China, the impetus is on us to learn the Chinese understandings of words. As we do, we can communicate more effectively and help them understand how we see or use a word. For those intersecting with the educational parts of China, here are five words I’ve found that have led to the misunderstandings between Chinese and Westerners.

1. Classmate—has a much stronger sense in Chinese than in English. During my high school experience, I easily had several hundred classmates during my four years. More often my sense of identity was found in a club or group I was a part of. Not so the Chinese, starting in Elementary school, they are assigned classmates that will remain for elementary school, new ones for junior middle school, senior middle school, and university. By the end of their educational experience they can probably still name all of their classmates. I can barely remember someone from each grade.

2. Test—the history with the test system is vast and mighty. In general, in China you live and die by the test. So when either you or your Chinese friend make a comment about a test and the other one knowing nods in reply, just be aware you are not talking about the same thing. They cannot fathom a system where one or two tests don’t determine your final score. And we cannot fathom deep in our being, a system that does.

3. Homework­—which leads me to homework. For the most part, homework does not exist in China in the way it does in the west. So when we talk about all of the homework we had to do in school, we might as well be saying, “OH my word, I had so many gum drops and lollipops to eat.” We tend to sound ridiculous when we go on and on about homework.

4. Entrance Exam—in China the vast majority of effort goes into getting INTO a school. Getting in is the hard part and once you have accomplished this feat, you are virtually guaranteed you will graduate. Not so in the West. When the Chinese hear about how “easy” it is to get into college and advanced degrees in the West, they don’t realize that getting out, aka graduating, isn’t a given. Once you get in, the work is just beginning! Compare Chinese graduation rates to western ones and you’ll see what I mean.

5. Cheating (or as I’ve come to call it, helping) – as part of the group, how can a student not help a classmate? The classmate that they will spend the next X numbers of years with in class and be linked together for life? (See #1) How can they be seen as so selfish as to not help someone in need? Knowing that when they are in need, they will be helped?  It’s not cheating if you’re helping, right? The pressure associated with cheating/helping is truly beyond the grasp of the average foreigner who only spends a few years in China.

I have barely scratched the surface on these complex social constructs. If there is interest, each one can be expanded on in future posts.

Bottom line, it is a worthwhile reminder for each of us working across cultures (and that would involve everyone who gets up in the morning) to stop and do a quick double check every so often on the meanings behind the words we’re using. If I had understood the value in not assuming meaning, I would have spared myself some internal screaming and eye scratching over the years.

Whoever, wherever you are, there are words/concepts that don’t translate smoothly. What have you found hard to translate?

This first appeared on China Source