Tonight is the Mid-Autumn Festival; you might have also heard of it as the Moon Festival. Traditionally it was a harvest festival in which the family would gather and celebrate with a big meal and, mooncakes. Mooncakes were a special sweet treat that people looked forward to once a year and were made in special molds like this: 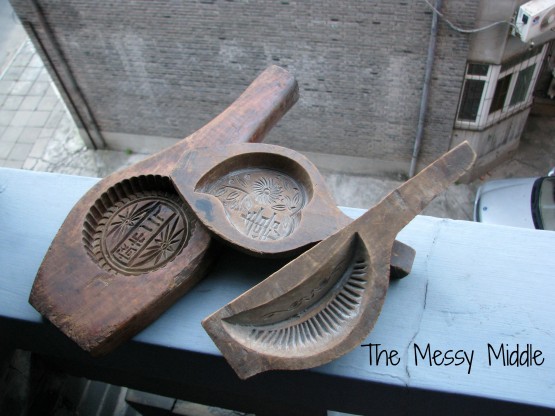 If you weren’t able to be with your family, comfort was found in knowing that all of you were united by looking at the same moon.

In modern day, it’s still celebrated by spending time with friends and family, eating a meal, and mooncakes. But, as with other holidays around the world, parts have gotten a bit out of control and unrecognizable to generations long gone.

Mooncakes showed up in stores and stands several weeks ago and range from just nice, normal ones to outrageously fancy and ridiculously expensive. Foreign companies like Starbucks and  Häagen-Dazs have also gotten in on the mooncake scene. But in Beijing, how did we know it’s Mid-Autumn Festival time? The way we know any big event is coming: the traffic gets even worse than normal!

About two weeks ago the traffic got decidedly worse as part of celebrating involves sending mooncakes to friends, business acquaintances, and basically anyone you need or want to make a deposit in the “guanxi” (relationship) bank. Mooncakes are kind of like fruitcake, it’s the baked good that many people don’t eat and pass on to someone else.

Here’s a closer look at the bins in my local grocery store, this is actually part of a huge aisle packed full of mooncakes. 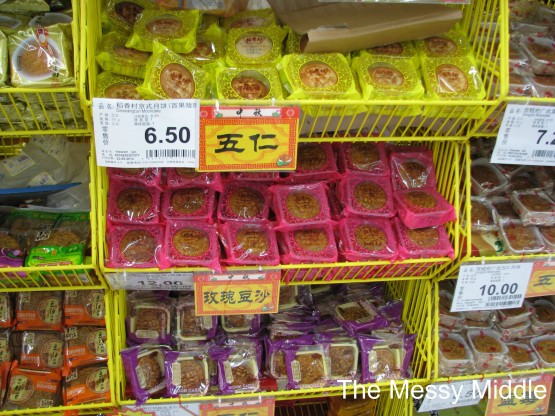 And a close up look at what’s in one of these. 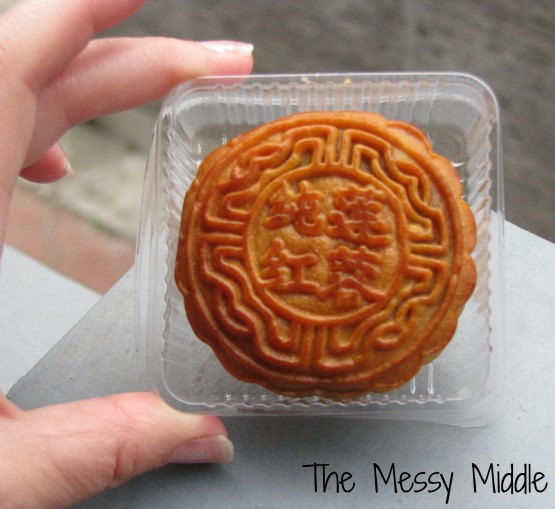 You can also make homemade mooncakes, though I’ll be honest and say that it sounds like a lot of work! Instead, I use my molds to help decorate my apartment. 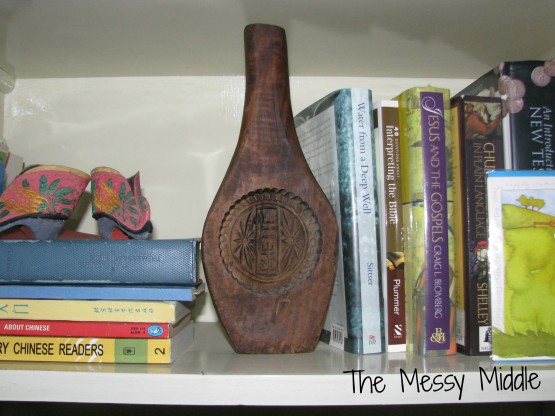 To my beloved family, I will look at the moon and know it is merely miles that separate us, you are with in spirit (and pictures all over my home!). I love you. (AA) Amy