Welcome to Day 3 of China and Amy Anniversary Week here at the Messy Middle.

I’ve asked the group I just spent a month with in Beijing if any of them FOP (fresh off the plane, never in China before) would be willing to let us see China through their eyes and two said YES! Yesterday we heard from Sarah.

I moved to China full time the summer of 1995. As one last hurrah, the spring before my friend Amy came out to Colorado to go skiing. It just so happened that her husband’s uncle and cousins were at the same ski slope. Friend Amy was in a small ski incident and the cousins were boys who had the strongest southern accents. Their “Amy, OHHHH, Amy!” after watching her knock down two skiers in an impressive move still drawls in my head.

One of those boys contacted me last fall, saying that he was applying with my organization and did I have any tips for him. I clarified first if he was a Jayhawk fan or a Razorback, though the answer was a tiny bit disappointing, it turns out those southern boys have turned into fine men. Though my path had only crossed once with Lee’s many years ago, it was like having a piece of family here this past month. Lee humored me and let me interview him. Without further ado, I joyfully bring you Lee. 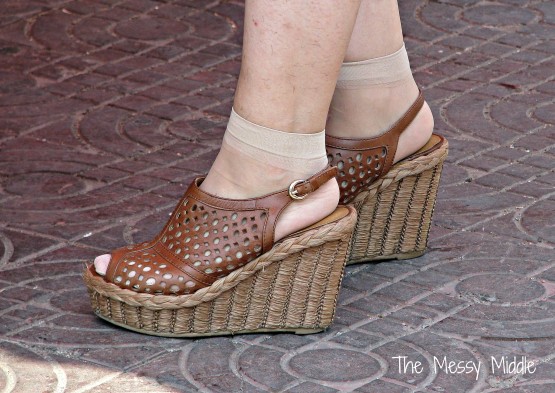 Rough age and where you are going

Mid-to-late 20s, Nanchang, Jiangxi, there will be five adults and two kids on my team

What’s something that’s going to take more time in China than they US?

I heard a haircut takes a long time, and since curly hair is rare in China, I think it will take a while {Editorial note: it will! We’ll check back later and ask how your first haircut goes. They are going to love your curly hair! And by love, I mean be mystified by it. Good times in your future, my friend. Good times.} 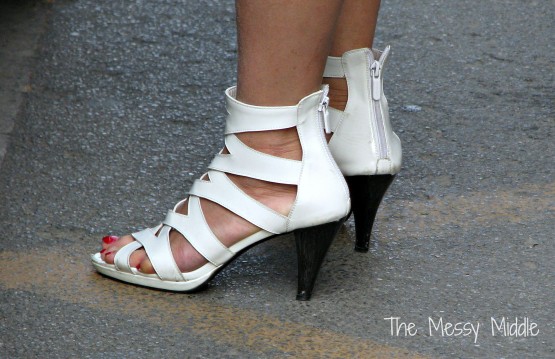 Would you go hiking in these? Chinese dress for the photo, leading me to often be woefully under-dressed for outings. You’d think this would give me an advantage when it comes to hiking. You would be wrong. Amy

Share something you’ve done that you laughed at yourself.

I laughed at myself after I became infatuated with Chinese women’s crazy, cool, and uncomfortable looking shoes. {Editorial note: modern Chinese footwear has been likened to “modern foot-binding” and can be like a car wreck … horrifying, but you can’t help looking.}

I love the way China handles fender bender car wrecks. It is so efficient and logical to argue it out on the spot, and pay cash, then go about your business. It saves so much money, it decreases the need for traffic patrol, lowers the cost of insurance and auto body repairs.

What’s a food or drink you are going to miss?

Dr. Pepper and my homeade Quesadillas

Finally, is there a passage of scripture or attribute of God that you’re seeing in a new light?

The righteous will flourish like a palm tree,they will grow like a cedar of Lebanon; planted in the house of the Lord, they will flourish in the courts of our God. Psalm 92: 12 -13

That verse impacted me a few weeks ago before I left. “Flourishing” was a word that stood out to me.  It revealed that I can do all things, and flourish in anything, as long as I stay in fellowship with the Father. It gave me confidence and power before I left The States.

Lee, thanks for the chance to see China through your eyes. You have blessed us! Rock Chalk Jayhawk, go KU! :) Amy

Though Lee is busy setting up his life in Nanchang and may not get to it this week, what questions or words of encouragement do you have for him?