Peyton and his brother Eli Manning were in a funny NFL commercial last summer about football on your phone. One of the lines is:

Look at this guy using his phone as a phone.
Your phone ain’t for calling, your phone’s for football. 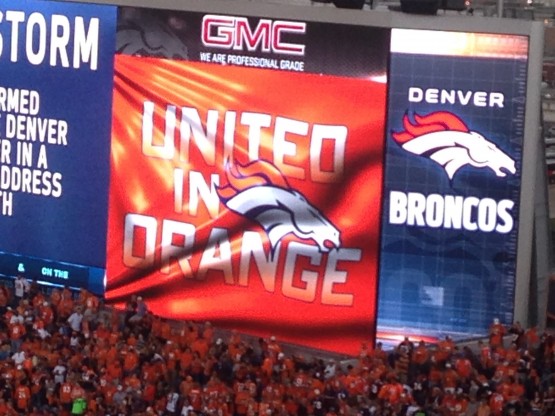 I love football. No shocker there. But what I love is that for me, football isn’t just about football, it’s about relationships.

Being firmly rooted in my Denver Broncos love, I have had the opportunity to rub shoulders with folks from all over the country living abroad. Sundays are like a big family reunion for me. 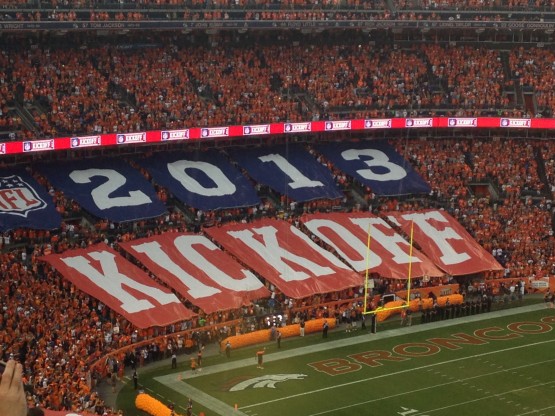 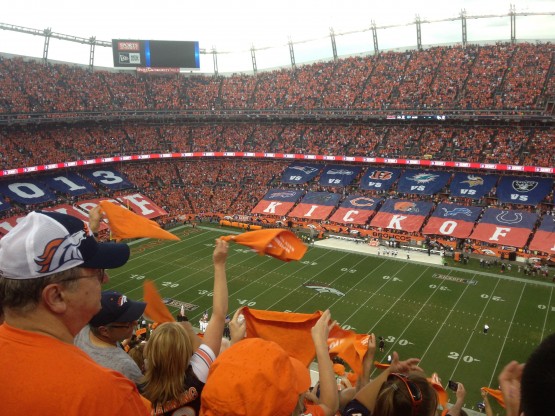 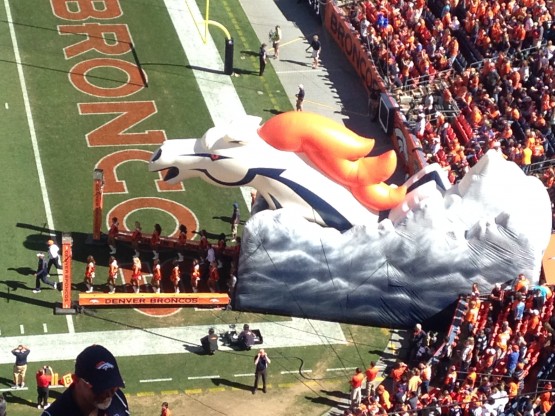 A Pittsburgh score flashes and I think: Dae! Before big games, we call each other and one year she sent me some Steeler Cookies in the mail. Dae, want some Broncos cookies :)? It’s life giving to talk football with her, because she can hold. her. own! She even had her small group praying for my family after the Broncos beat the Steelers a few years ago in a playoff game. My dad was injured at the game and they are classy.

Packers? My teammate of two years –Erin. We once wrote a joint newsletter to supporters and wove in the Broncos and Packers. They also remind be of David Shaller – who hadn’t met a woman who could “talk football.” Joseph Kerski? Hello!

Another Packer memory involves the Superbowl between the Broncos and the Packers. In Thailand, the Superbowl in Monday morning – 6:18 a.m. (not that that it’s seared into my memory or anything). I was supposed to teach a class on Monday morning to eight folks new to Asia. It was a horrible feeling to realize that we FINALLY got to the Superbowl and where was I going to be? Talking to eight strangers with resentment building in my heart. I threw a hail Mary and asked my boss if I could start the class after the game ended. He said if I got permission from each of the participants, I could.

Picture me knocking on eight stranger’s doors, “Hi, my name is Amy and I’m your teacher tomorrow morning. Turns out my beloved Broncos are in the Superbowl, would you mind if we started class after the game ends? Oh and by the way, I’m not really as nutty as I appear.” Or maybe I am, desperate smile. Eight yeses! And an unintended hosting of a Superbowl party in my hotel room. 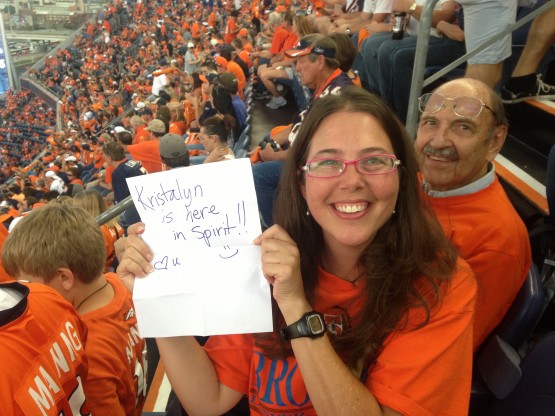 New Orleans Saints: One of my dad’s doctors

Seattle Seahawks: Reading Something for Joey in seventh grade (also why I wanted to go to Penn State for a while –  John Cappelletti went there and the name sake for my guinea pig: Cappelletti). Additionally, my small group members Kyle and Windy love them — which will make for an interesting gathering after the next Sunday. But truly, will all be good, regardless of the outcome.

I could go on, but I think you get the point. For me, football isn’t just about football, it’s helped tell the story of me, keep my memories, anchor my relationships, and hold the past while moving forward.

My dear Broncos have also tied me to others.  Emails, texts, and FB messages have flowed in the last few weeks and the theme has been, I don’t care a hoot for the Broncos, but I saw they won and I thought of you and your dad. I’m happy for you! 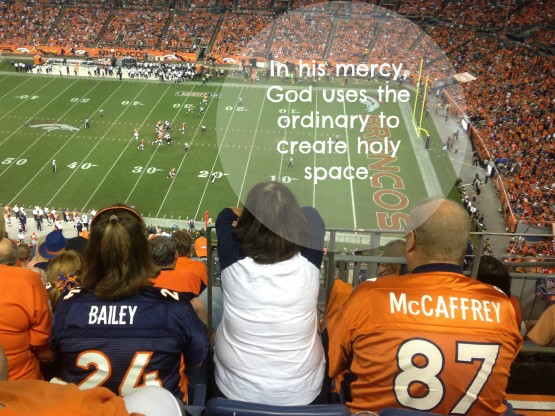 We each have them, memory and story holders. Places we use to remember people and pray for them. In his mercy, God uses the ordinary to create holy space. Bread is not mere bread. A song becomes worship. A memory, holy ground. I’m not trying to elevate football,  I’m trying to show that in his infinite mercy and creativity, God can use anything to delight and weave together his children.

Football is one of the ways for me, what’s one of yours?