The organization I used to be with had a “Career Program” and anyone could apply after one year on the field.

Even though I’d been on the field for several years, it wasn’t until I was 30 that I attended a Career Conference as a guest to check it out. The main question (or at least in my mind) asked in the application was “Are you open to making a ten year commitment?” 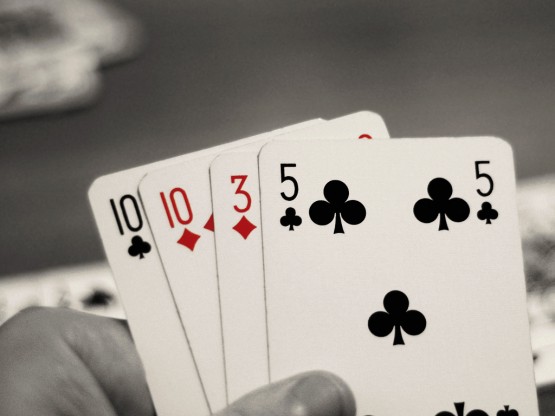 Single 30-year-old Amy played chicken with Future 40-year-old Amy. Let’s see, I’m single and 30 and if I do this for ten more years I’ll be single and 40. Blink, blink, blink! I couldn’t run fast enough from that conference and I NEVER looked back. I was comfortable taking it year-by-year and if it ended up I was 40 and single, I was cool with that. I just wasn’t cool committing to being single.

Fast forward about fifteen years. When Danielle contacted me about the dream of Velvet Ashes and asked what I thought and if I was interested, I told her I LOVED the idea but if it was going to be a mommy-blog, God bless her, but I wasn’t interested. However, if she really meant women – all women, single, married, kids, no kids, divorced, all ages and stages, widowed, engaged, dating, grieving break-ups, parenting with joy, having hot flashes, parenting from the pits, growing older together – then yes, that sounded like my kind of place.

The aforementioned organization has a fairly large batch of new people joining each year with a good sized portion being young single people. We also have a good sized number stick around, find love, and get married. So, during the pre-field orientation there is a buzz of the potential from the newbies. Will this be my story? Will God honor my faithfulness by bringing me a mate?

And then I (or any other number of singles stand up) and are active in their training and preparation. I joking tell them I’m there as a cautionary tale :). Of course, you might fall in love and get married. Or, you might not. Either way, you can have a rich and invested life.

Talking about “singleness” is a bit like talking about the ocean. It’s vast. Parts are tingling with life and parts are dark and cold. There are schools of fish and loners. There are happy fish and those who want OUT OF THIS WATER right now. Over the next weeks and months and years we will swim around in the waters and hopefully you’ll see yourself reflected.

But when it comes to singleness, I can say this for sure: Jesus is into being a game changer.

Hours of my childhood was spent playing Old Maid, eating cheese puffs, and drinking milk with my two sisters and Grandma Young. The goal of the game is to gather pairs of delightful cards like Arnie Angler, Freddie Falloff, or Careless Carrie and not be stuck with the Old Maid card. For some reason my sisters and I fell in love with the old maid card and changed the rules of the game to whoever had the old maid was the winner. Oh we worked so hard to hide her in our hands and protect her. She was the prize. She ended up being bent and worn from all the love. 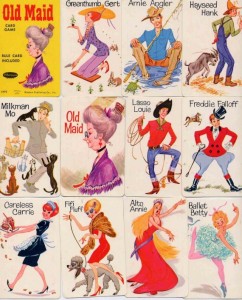 My mom recalls cringing every time Grandma would say, “No, no! You don’t want to be an old maid!” Oh but we did! We did!

Grandma was one of the most faithful prayers in our family and I have no doubt my many years in China are a direct answer to her faithful prayers. Looking back, I see five of us in that room eating cheese puffs, drinking milk and playing. Jesus is there, smiling and nodding, knowing that one of us would indeed grow up and become an old maid, a spinster M, the most prized card in the deck.  That’s right my child, value will be placed firmly on her. And you. And all who define value by me and not some outside imposed rules.

I don’t know your story.  But I know that you have been fought over, bought with a price, and you are the most valued card in the hand Jesus is playing.

What games — both real and more metaphorical — have you changed the rules? Did this post resonate with you?

{A version of this post first appeared on Velvet Ashes}