What makes our story enticing to others? What draws people to us? What are the building blocks of our identity?

I haven’t replied to the comments. I will. I want to let them breath. To honor them and not rush in.

“Pay no attention to the man behind the curtain.” The Wizard of Oz says after Toto had pulled back the curtain revealing his true identity. He looks over his shoulder and sees Dorothy, The Tin Woodsman, The Cowardly Lion, and the beloved Scarecrow no longer beseeching the hologram on the wall with the booming voice, but staring at the man.

The ordinary man behind the curtain. 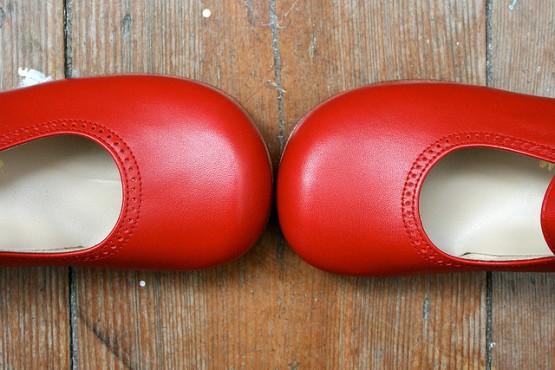 I am the ordinary woman behind the adjective.

When the adjective is pulled back and you see me or I see you, who will we see?

You bore witness in the comment section to your story. It is the Accuser who wants us to believe that we have to have the persona of a Wizard to matter. To be of value. To have influence. And if we don’t we are not important.

Do not believe it.

This afternoon I volunteered with my sister at Samaritan’s Purse and helped package and box about fifty seven thousand five hundred and fourteen boxes (slight exaggeration. I’m clearly not made to be a “factory girl”) — but there was a RUSH in performing, in doing good to children in the name of the Reason for the Season, in thinking that the MORE I DID RIGHT NOW, the better it would be for some child somewhere (side note to a church in Kansas — your boxes were pathetic. Your many, many boxes. And it made me sad. Represent your state better!).

My point is, I can see why so many of us can’t resist the sirens calls to perform, perform, perform. To impress people with our stories and outputs. My point is not, don’t volunteer. Do volunteer, do notice the least, do connect and invest.

You are important not because of your story or the persona you feel pressure to present. When The Wizard came out from behind the curtain the result, paradoxically, was relationship.

Doesn’t that seem backwards? When he was seen, really seen, it drew people to him.

But that is the paradox of faith. The first will be last. The meek will inherit the earth. And you and I will have richer relationships when we step out from behind the curtain.

It’s risky as all get out and not everyone will be let in to the same level. But the depth and richness of our relationships is one of the ways we bear witness as image bearers.

Share the name of someone(s) who help you feel free to come out from behind the curtain. We’d love to hear.