This past year has been an odd season for me. Who am I kidding, most seasons are because life is not as simple as all good or all bad, resulting in odd combinations.

Understandably the most asked question of the last year has been a variation of How are you/your mom/your family in light of the huge loss of your dad?

I can’t imagine what it would have been like to not have been asked the question and yet I don’t have a simple answer. The truth is I’m fine, but it feels disloyal to my dad to say this. We miss him. I miss him. There are tears and moments of deep ache, yet life goes on.

The grief I experienced when my dad died was enfolded into a season of about three or four years of grief over loss that preceded and resulted in needing to leave China, my job, all my in-person friends, the Beijing subway, my home, good Chinese cooking cheap, my gym, the local park I loved to wander, and my specific China calling. Truth be told, by the time my dad died, I was worn out from grieving.

In part, due to his death and the massive transition I was in, friend after friend visited last year. It was a weird and glorious “this is your life” season. I cannot believe how many fantastic people are in my life and how many rich memories I have.

So while it would seem on the surface I was entering a season of grief, the truth is, I was coming out of it.

I am in mourning over my dad and there will always be a hole. But when I look back at where I was in the not so distant past, it is with extreme relief I see I am no longer there. Hallelujah! And it feels good. I feel lighter and bouncy and like myself again.

Coming through a hard season of life can lead to two temptations:

1. To create as much distance between where you are and what happened, never looking back. Think dog on a leash straining to get ahead. Pulling, pulling, pulling.

2. A reluctance to move forward, to be forever defined by the season instead of informed by it. Think Lot’s Wife who when told to “run for your life” looked back and became a pillar of salt.

God is inviting me into a season of a third option — call it the messy middle– practice celebration.

Part of my natural inclination is to move forward and, now that I am no longer in that difficult situation, down play it’s impact and just be happy I’m “back to me.”

The word celebrate seems inadequately shallow because I don’t want a party that says, “Woot, woot, isn’t it great I’ve come through a hard time!” It also feels too much about me.

I have no specific plans, but I’m inviting you to practice with me and maybe once a month we’ll share what we’ve noticed and experienced.

Already I have tried to capture the sparkle of the snow. I’m a fan of tiaras and this was like tiaras to the Nth degree! I know this picture fails in so many ways, but can you sense it? Do you see all the sparkles? Out in a field for no one and everyone? 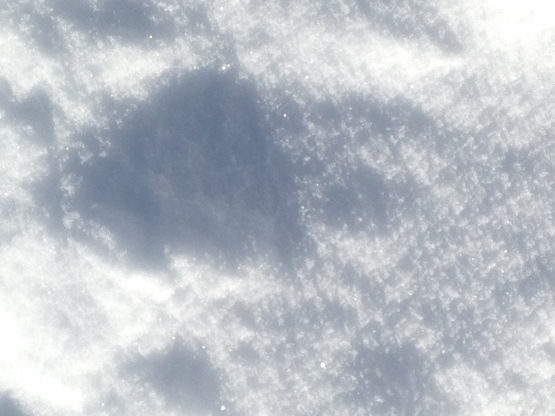 My nieces got Settlers of Catan for Christmas but only adults had won. Saturday #2, #4, my brother-in-law and I were playing. #2 won! Fair and square and with no wink, wink nod to her. She won! After telling Grandma about her victory she wondered if she could text her mom (who was out of town) and ask if it was a convenient time to talk. If it wasn’t she’s text her she’s won, but if possible she wanted to let her mom know in person She. Had. Finally. Won!

The delight we took in her delight is but a poor reflection of the joy God takes when we celebrate well. Poor though it may be, it was fun to bask in!

All I know is this, I don’t want to strain ahead, forgetting where I’ve been. Nor do I want to become useless because I won’t move forward. Practicing celebration is one way to create space for both and lean into the tensions of this life.

What’s your word for 2015? Do you tend to strain ahead or look back too much when you’d come out of a hard season?