Welcome to part 2 of the high school commencement speech I delivered two weeks ago — in which the graduates were only female allowing for a unique twist. Part one set the stage today and if you haven’t read it it reviews the rich tradition of women in our faith. 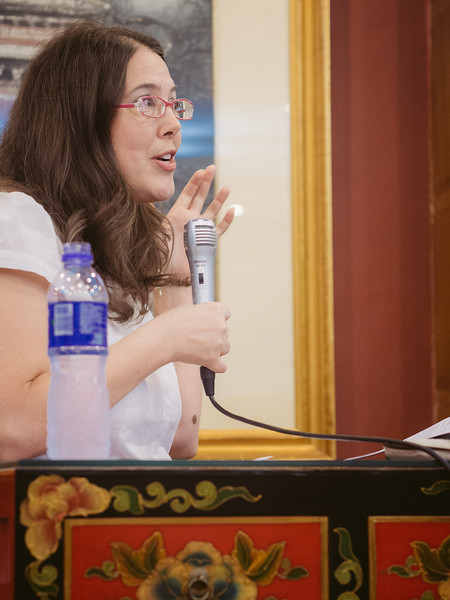 Yet another look at the prominent water bottle!

We don’t actually have much back story on the women in the bible – which may be a good thing because then we can’t turn any one of their stories into a simple play book for life.

That being said, let’s look at two brief examples and the ways that their childhood was used by God.

The text doesn’t tell us much about her childhood, still we can infer that Esther

was raised in her faith,

she was still connected to her family after her parents died (see: Uncle Mordecai),

and she must have been beautiful.

We don’t know about her hobbies or interests or what subjects she was good at. But it would have been interesting to have seen her as a girl to see how God was already preparing her at a young age. Did she have particularly good posture? I have a niece with freakishly good posture and it’s got me wondering about Esther’s. Or was she known for holding her tongue and saying just the right thing at the right moment? We don’t know.

That being said, I’d be willing to bet that growing up she probably didn’t plan to become the queen, but it’s evident that her adult life was an extension of that which had been poured into her. She wasn’t just queen for a day, she was queen for the kingdom and God used her to save her people from extinction.

Let’s also look at Ruth. She’s another woman we don’t know much about to understand why she was willing to devote herself to her mother-in-law in such a way that she left her own land, family, and religion when given a valid out. Who knows when she was a girl if she was the one who like to try new and different foods or would try to practice strange dialects when she heard them? Most likely growing up, she envisioned herself growing old in Moab; the thought of moving with a sad mother-in-law because both of them had been widowed and were now childless to a new land and having to learn strange customs – probably was not on her radar. At a tender age, she couldn’t imagine was that she would be part of the lineage of the King of Kings!

Looking at the three of you, I have no idea how God is going to use your life experiences, your gifts, your talents, the families you grew up in, your personalities, or your time in China. But I do know two things:

1. God will use parts of your childhood

2. You might be surprised the pieces upon which he chooses to build the mosaic of your life story

At your age, this was the plan for my life – go to college and become a Russian language teacher at the high school level. It was a good plan! A fine plan based on the best information I had about myself and my interests.

But it’s interesting looking back now the pieces of my life story that God chose to emphasize and use. I have two sisters and we are rather close in age – I joked that I was raised in a herd because there were always the three of us and we did most things together for our parents’ survival.  I would not have anticipated the ways that God was going to use my comfort with “the herd;” but it’s been quite helpful here in China.

I spent years studying musical instruments – the piano, the flute, alto sax, drums, the guitar, violin and took voice lessons. Yet this list is probably news to those in this room who know me because even though a considerable amount of time, effort and money went into those skills, turns out they haven’t been  featured in my life story. Are they a waste? No, but they were for a merely a season.

I dropped out of choir in high school and signed up for forensics and studied public speaking .

And that plan to study Russian? Turns out I’m pretty bad at learning Russian and not bad at learning math.  So while I took a ton of Eastern European history, I also learned about analytical algebra and non-Euclidean geometry … which has been so useful here in my Eucleadian reality of Beijing!

You sit here, with a plan for your life … hold it loosely.  I’m a fan of having a plan and working towards a goal, but God has also taught me to do it with an open hand and to allow him to pick and choose what he wants to use from my life.

I had not envisioned how much public speaking I’d be doing over the years and China was not on the radar for another four years at this point in my life. God’s story for my life was so much bigger and better than I ever imagined.

I had the BEST TIME EVER at college and fell in love with a new part of the country, college basketball, and made lifelong friends.

God’s story is also harder than I imagined and has cost me things I wouldn’t have chosen to pay.

Here you are,  on the cusp of adulthood, it will be the same for you –

God has plans for you, you simply can’t imagine – and they are good, and they are fun, and they will shape and form you. But he also has paths that will involve pain, and loss, and heartache. Yet as you look back on your life, you will see the ways in which God has used these first 18 years of your life to prepare you for what’s ahead.

Bet you wonder where it goes from here! Come back tomorrow for the final installment. What parts of your childhood/high school years have ended up not being featured much in your life story? On the flip side, what looked small at the time, but has ended up being significant in your life story.