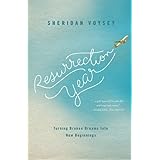 Resurrection Year: Turning Broken Dreams Into New Beginnings by Sheridan Voysey What do you do when your dream cannot come true? After 10 years of infertility — including attempted adoption and IVF, Sheridan and his wife Merryn had to face this question. I am grateful for the ways this book will enhance larger conversations. I’m all for the story where it works out in the end (because God is in those too), but if those are the only stories we tell, we are not telling the whole truth. Near the end, Sheridan has a spectacular section on being in the wilderness. It alone was worth the book! And this line: “Perhaps a greater tragedy than a broken dream is a life forever defined by it.” 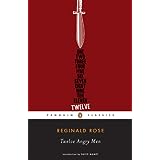 Twelve Angry Men by Reginald Rose, I’m sure I’ve read this before … but so glad I read it again! This is a classic for a reason. And an empowering reminder a person can make a difference. I’d also say it contains the reminder to slow down and be present without rushing to the next thing. 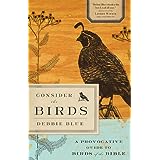 Consider the Birds: A Provocative Guide to Birds of the Bible by Debbie Blue  In the forward, Lauren Winner wrote you don’t have to be a birder to appreciate this book and I agree! Debbie opened me up to (and helped me tune in to) all of the birds in the Bible and then think more theologically about them. 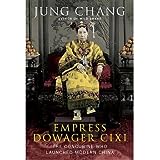 Empress Dowager Cixi: The Concubine Who Launched Modern China by Jung Chang A must read for China hands, those interested in history, and people who are for women in leadership. I blogged about it for China Source and included five reasons people should read it :) 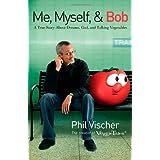 Me, Myself, and Bob: A True Story About Dreams, God, and Talking Vegetables by Phil Vischer Continuing my memoir craze :) …. this tells the childhood background and then birth, growth, and crash of Big Ideas (and Veggie Tales).

Visher explores:
*how who he was/childhood influenced him and his leadership
*lessons he learned (a whole chapter on this. Really well done!)
*And how to view and process when God gives you a dream and then seems to crush it. God wants us, not our hard work. 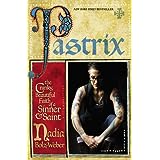 Pastrix: The Cranky, Beautiful Faith of a Sinner & Saint by Nadia Bolz-Weber Nadia reminds me that the Kingdom of God is wider, deeper, and vaster than I often make it to be. She’s a Lutheran pastor here in Denver and though different from me in many ways (we were probably in high school and college at the same time so it’s weird and broadening to think what parallel lives we were living), in the ways that matter we’re the same. We love God and people. I read this book voraciously and “blessed” (aka annoyed) my mom by insisting I read parts out loud. Nadia does have colorful language, so if that bothers you, cool, just know she’s colorful. 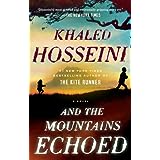 And the Mountains Echoed Paperback by Khaled Hosseini — Hosseini is a master at telling epic stories. This covered decades, countries, and a host of characters seamlessly. It was bookended by brother Abdullah and sister Pari who were separated at a young age. At it’s heart, this story explores the ripple effects of decisions. As I’ve reflected on the title, I see more and more in it. Like an echo? My favorite line was: They tell me I must wade into waters where I will soon drown. Before I march in I leave this on the shore for you. I pray you will find it so you will know what was in my heart as I went under. 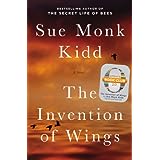 The Invention of Wings: A Novel  by Sue Monk Kidd — Based on real sisters, this tells the story of the Grimke sisters from early to mid 1800s. They fought against slavery in their home town and ended up living much of the adulthood in the north. The story goes back and forth between Sarah and “Handful” who was presented to as a slave to Sarah on her eleventh birthday. In the end, they help set each other free. Interesting look at the tensions of that era between the suffragist movement and the abolitionists. 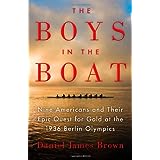 The Boys in the Boat: Nine Americans and Their Epic Quest for Gold at the 1936 Berlin Olympics  by Daniel James Brown — On one hand the title tells in all, on the other, it tells you nothing of novel like telling of this truly epic quest. Combine University of Washington undergrads training for several years in rowing in the mid-30’s with German propaganda surrounding the 1936 Olympics and the result is an engaging must read.

Happy Birthday Jesus. Thank you for stepping into the messy middle and reminding us you came that we might have life.