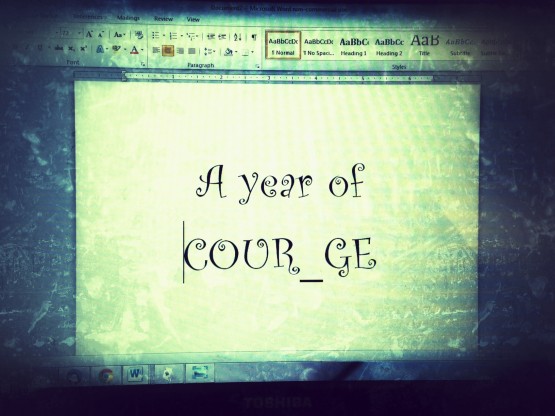 Well the jokes on you if you think a year can be reviewed in three easy steps :). But it can be reviewed, rejoiced over, and reminded of the small mercies upon mercies that were extended even when was sprinkled with band-aid ripping moments.

Being courageous started with announcing I had resigned and was stepping into my own River Jordan. I just reread the post and this line jumped out: The number one question in the last two weeks has been: what’s next? A year later and slowly a plan is coming together, but I still don’t have a clear title or job to point to. Parts of this fall and transition didn’t play out the way I thought they would. But pieces are in play and maybe by next year I’ll have a clear job title :). Until then, splash, that’s some Jordan River water on you!

I visited Ankgor Wat and had all sense of scale blown OUT THE WINDOW — even now a year later I can’t help but use all caps. And I wrote: Visit place of scale when coming up to a major life transition because it helps put things in perspective.

I was reminded I’m a leaper and not a list maker when it comes to decisions.  Remember this charming conversation:

“Did you know that Amy?”

Did I know what? How cool I’d look?

“Did you know that the education degree was a five year program, not four?” One of my parents asked.

Well, I know it now, that’s got to count for something right?

In March one of my sisters brought two of her daughters to visit me in China!! What a gesture towards this monumental shift and a conscious effort to make memories that will live far into the future. In preparation for her taking some precious items back to America I wrote/videoed about my books. Turns out if my books are settled, I feel settled. When it was time to dismantle my book shelf, I knew that I really was moving. Thus, the quivering voice. I still miss you, beloved book shelves! I am most definitely a pre-griever (though kudos to you post-grievers).

Courage also looks a lot like mundane, normal life … sprinkled with extraordinary moments. I almost missed having these girls in my life because I was busy and hosting exhausts me. Or let fear keep me from contacting author Adele Ahlberg Calhoun and interview her about her book Invitations from God. Love her answers!

I was beyond blessed to get to deliver the commencement speech at my dear Isabel’s high school graduation and shared what I sad in three blog posts: How many women are in the Bible?, Two things I know for sure when it comes to high school graduates, and Beware the voices that whisper to you …. Cour_ge, I hate this part, also involves letting people fly out of our lives.

Moving day came and I shared how I knew I was committed to China (hint, it has to do with furniture). The last night in China, a friend and I went on a walk and stumbled on a blessing ceremony. The announcer said for anyone to come forward and for only 20 kuai (about $3.25) you too could be blessed and given a golden chain. We were in the presence of raw longing. It was disturbing. Cour_age also involves walking away when there is more to do. There will always be more to do, but that doesn’t mean it is mine (or yours) to do.

So I boarded a plane and walked away from who I was to stay me. Gut wrenching yet softened by these words long faded on my wall. When I arrived a niece turned towards me putting her hands on my face and looking straight into my eyes asked:

“Aunt Amy are you home for a long time?”

And I started the long process of sorting out who is China Amy, American Amy, and Just Amy. Big goodbyes rarely come all in one fell swoop. Graciously (painfully?) they are often comprised of stepping stones and the day came when I stepped on my last stone. But endings also create beginnings and I got to go to the Minnesota State Fair and spend time with my sister!! 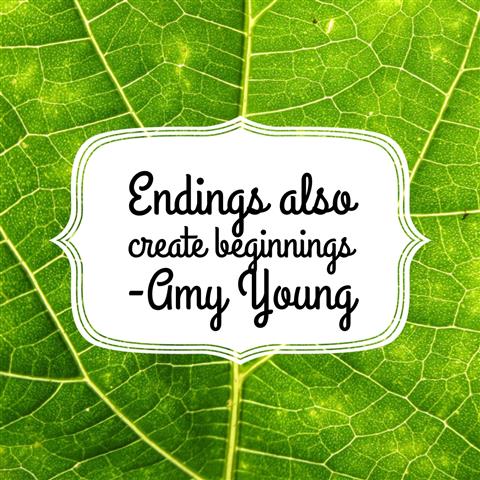 My courageous act of October was to blog every day on 31 Reminders from Eden. November was the launch of a dream as Velvet Ashes became a reality after months of behind the scenes work with the other editors.

In December I wrote a post that required cour_ge. China had become so intertwined with my identity it became the most prominent adjective describing me. Oh you’re the China daughter. The aunt who lives in China. The college friend in China. The foreign teacher in China. The sister in China. What word is used over and over and over? Not daughter, aunt, friend, teacher or sister. China.

This is my greatest fear. What if China is what makes me and the story of my life interesting and without her, I’m dull. I fear that I may not matter and people only listened to me because I was a bit exotic.

I used to think having a word for the year was a bit of a shtick and a little too gimmicky for me. But I was wrong. Instead, in conjunction with God, choosing a word became a centering prayer and refrain for the year. Lived out in the day to day trenches. Thanks for walking these paths with me. Together I look forward to 2014 and a year of ______(tune in next time).

P.S. What posts stood out to you this year? Any good book recommendations for 2014?