The theme at Velvet Ashes this week is “Connect” and we’ve launched our fall Connection Groups — which is like a small group for cross-cultural workers. This post first appeared on Velvet Ashes, but it’s one we all need.

You have been there. I know this without us ever discussing it.

The maddening frustration of a poor phone or Skype connection. What? I’m sorry, I missed that. You said something about Jason? I think I missed every other word.

So why do we still do it?  Because connection matters. 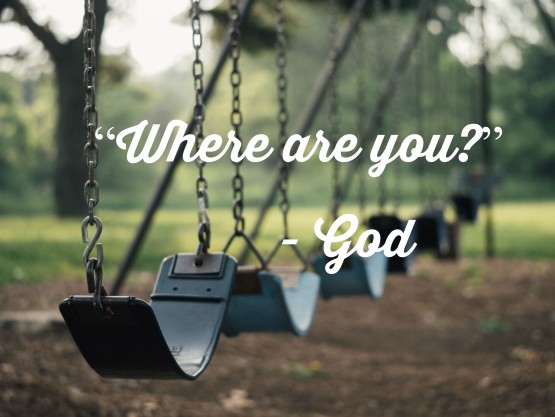 God is the God of Connection. He is the God who is going to keep pursuing you to be connected in the most holistic, holy way. We have become so used to disconnection, we don’t even realize it wasn’t meant to be our norm.

We call it The Fall, but after meditating and preparing for the post, I’m inclined to call it The Disconnection. They hid. What more is hiding than disconnecting? Disconnection started with being disconnected from God but it didn’t end there. It also includes:

Disconnection from ourselves. Nathan told David a story and it ended with this line: “You are that man.” In an instant David saw how very disconnected he had become from himself, from his values, from the way he wanted to interact and lead. Did he fail again? Yes. But in that instance, God reconnected him back to himself.

Disconnected from others. After being disconnected from God, Adam and Eve each experienced disconnection by pointing outside of themselves. The woman you gave me …. The serpent deceived me. This is the first documented case of “divide and conquer.” Because relationships are so important to God and his triune nature, much space is given in the Bible to the ways we are disconnected from each other. I could have included multiple examples in most of the following categories, showing that they are not anomalies.

But here is the stunning part: when presented with disconnection, God didn’t turn his back, no, he made a gesture of connection.

But the Lord God called to the man and said to him, “Where are you?”

Where are you?  Disconnection was never meant to be our story so God started rewriting it immediately. Right now you may be swimming in a stream of disconnection. Feeling disconnected from God, from yourself, from the culture you live in, from your children, from your family, from what you thought your life or ministry would look like, from your spouse, from your teammates, even from your hope.

Or you may be feeling the mighty rush of connection and have to stop from talking to yourself in public you’re so happy (I didn’t realize people don’t talk to themselves until I got asked one too many times who I was talking to.) or singing or bouncing or baking cookies and handing them out.

Here is the heart of the gospel for all, no matter whether you are in the Valley of the Shadow of Death, on The Mountain Top, or on the Plains of the Ordinary, God is lovingly asking, Where are you? So he can meet you there.

Do I want you to sign up for a Connection Group? Of course I do :). But I’d also like for all of you to become raving Denver Broncos fans (the best American football team on the planet) and know that might not be what’s best for you.

In my heart as I have prayed over this post, and I know the rest of the Velvet Ashes Team stands with me on this, what we hope is that this week has stirred afresh in you how much God loves you and wants connection for you. You are not forgotten or expendable. You are loved and seen. God can handle any answer you give to Where are you, he’ll meet you there.