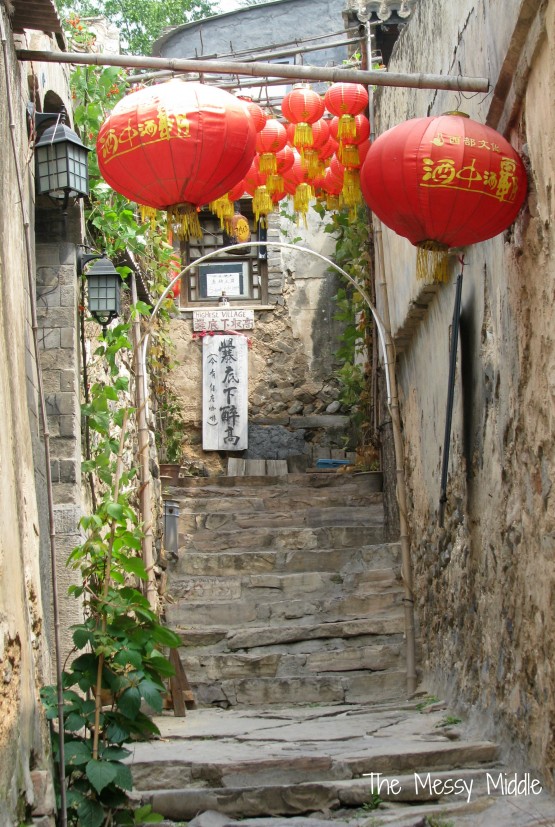 Once upon a time there was a young woman who was called to get an MA in TESL and move to China for two years. Neither seemed too scary, so she did. While earning her MA, she worked jobs that allowed some flexibility and spent two summers teaching in China. The first summer was a bit of a trial run. “Did I hear you correctly, Oh Great Knower of All Cultures and individuals? You said China was a good fit for me. Right?”

At the end of the summer she cried so hard that teammates thought she had fallen in love. She did not know the rumors floating around until much later. But the truth was she had fallen in love. Not with one person (as was assumed – and when she heard this she wondered how this got started since she spent time with many), instead with a place that fit her so well, she was truly and fully herself and to leave was a kind of breaking. A breaking that went deeper than mere heart level, to very personhood.

As you can guess, that fair maiden is me and that first summer was twenty years ago. Twenty years! Wasn’t 1992, um, when we were partying like it was 1999? Out of curiosity to celebrate the 20th year anniversary, I looked up what you get or do for the twentieth and then I laughed out loud.

I think we’ve got that covered.

So, instead I’ve decided to have my own anniversary party all week here at The Messy Middle!

Being a book person, here are some of my favorite books and blogs about China:

Favorite nonfiction book about modern China: China Road: A Journey into the Future of a Rising Power

by Rob Gifford. Gifford goes on the ultimate road trip, following Highway 312 from one end of the country (Shanghai) to the other (Northwest, Xinjiang). Traveling east to west, he cuts a great cross section of modern day life. As a journalist, he knows how to tell and story. This book is for anyone.

Favorite nonfiction book about something in Chinese history: Midnight in Peking: How the Murder of a Young Englishwoman Haunted the Last Days of Old China

by Paul French. In 1937 a British girl was murdered in Beijing (Peking). This story reads like a modern day thriller, exposing “the seedy underbelly of Beijing.” Again, this is for anyone!

Runner up: The Rape of Nanking: The Forgotten Holocaust of World War II by Iris Chang. This is NOT an easy read and has graffic pictures; but if you want to understand some of the animosity that exists still today between Chinese and Japanese, this book helped provide context. It is told from three perspectives: the Japanese, the Chinese, and the foreigners who stayed in Nanjing. But, let me repeat, not an easy read.

The Good Earth by Pearl S. Buck — This is a classic for a reason! Buck won the Pulitzer Prize in 1932 for the story that follows Wang Lung as he gains and losses in life.

Snow Flower and the Secret Fan: A Novel

by Lisa See –At a young age, Lily and Snowflower become ‘sworn sisters’ a committed relationship whose bond is stronger than marriage. My friend Joann wrote about insiders and outsiders as it relates to this book.

City of Tranquil Light by Bo Caldwell – Will and Katherine moved to Guang Ping Cheng, China in 1904 where they lived for the next 20 years. Burying their only child, living through famine and war, setting up a clinic and school and starting a church — a picture of the dance between seeing amazing things happen among very ordinary and hard times.

If you’re interested in reading more about China, my friend Joann Pittman has put together this comprehensive list on her Literary Journey to a Sinophile.

What books would you add? What’s something you’ve done for a long time or ways you have marked anniversaries?

Thanks for celebrating with me! Amy